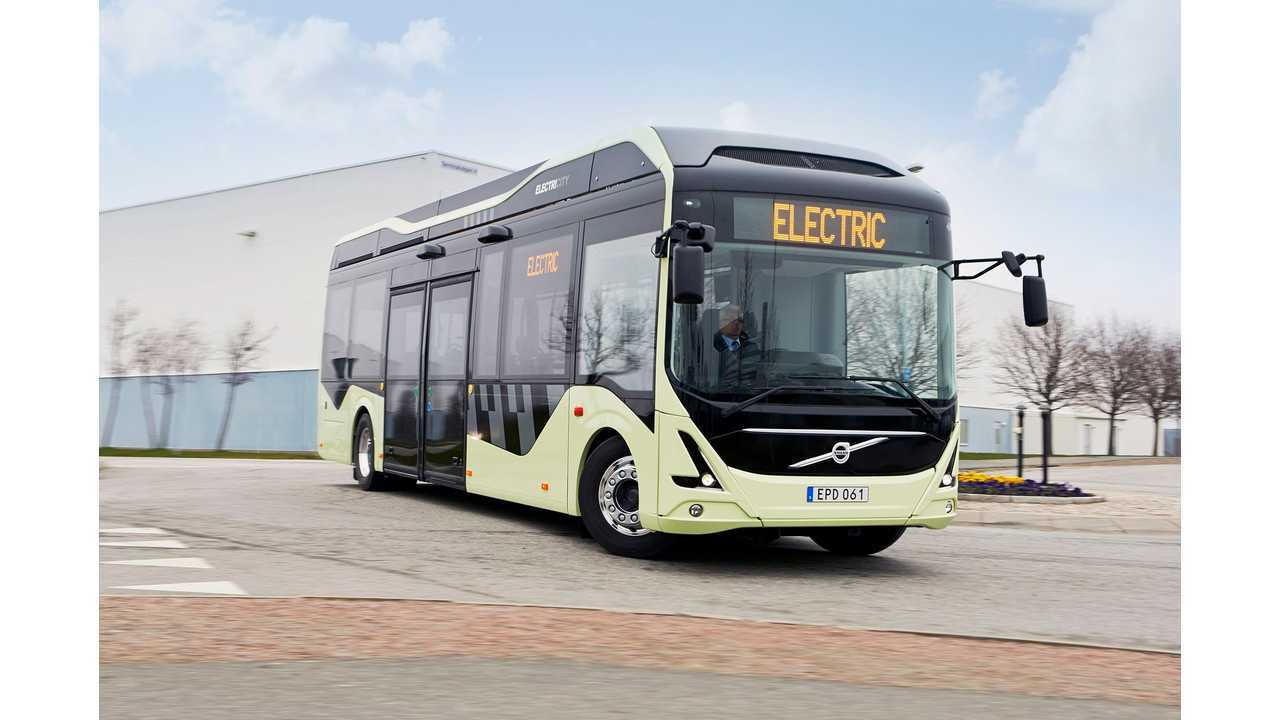 Volvo launched its first all-electric bus, which now can be spotted in Gothenburg, Sweden.

Awaiting its official premier in mid-June, we don't as of yet know any details on the powetrain or battery technology.

One of the interesting features is extra-wide doors and new design style.

Series production of battery-electric only buses is scheduled for 2017.

"The vehicles are equipped with battery packs that can be quick-charged with renewable electricity at their end terminals. Energy consumption of the electric buses is about 80 per cent lower than that of corresponding diesel buses. The new route is the result of a cooperative venture known as ElectriCity, which develops, demonstrates and evaluates innovative solutions for future sustainable public transport.

Before it enters regular operations Volvo’s new electric bus will also be shown at the large UITP public-transport show in Milan on June 8-10. UITP brings together public transport purchasers from all over the world who come to see the latest developments in the industry."

"Volvo’s designers aimed to give the bus a modern and welcoming atmosphere. The interior is bright and airy and there are electrical power sockets for passengers to recharge their mobile phones. The bus features onboard Wi-Fi. Although the bus is just 10.7 metres long (more than a metre shorter than a conventional bus) it can carry up to 86 passengers. The central driver’s seat contributes to high passenger capacity."

"Right now we are carrying out final testing to ensure everything works just as it should when regular traffic gets under way. This marks a major milestone in our development of new solutions for electrified buses. Quiet and entirely exhaust-free operation will contribute both to a better urban environment and reduced climate impact, while passengers get a more pleasant ride,".

"For instance, all boarding and exiting is quick and convenient via an extra-wide door opening with a low entry in the middle of the bus. Here there is a large area with a low, flat floor, to make things easier for passengers with child buggies or wheelchairs."