BMW i3 Review By Autobytel: "A trip to the museum of modern art" - video 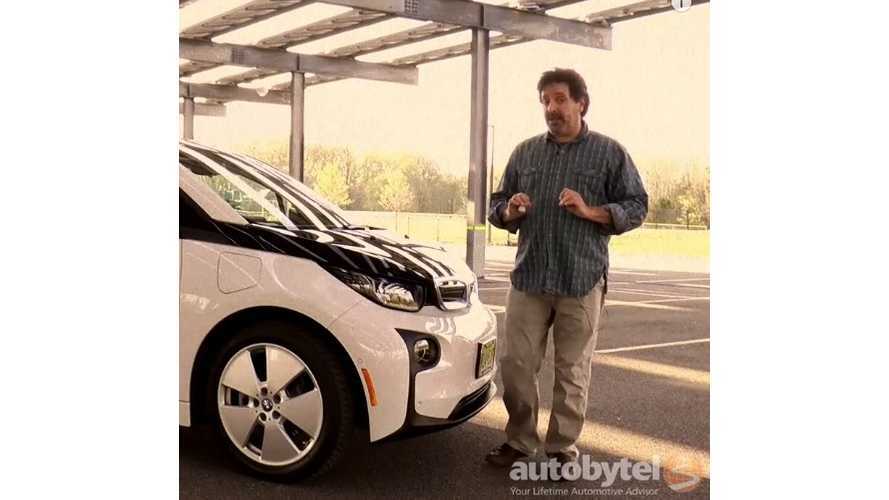 2015 BMW i3 REx Is Review By Dan Gray At Autobytel

We recently saw Autobytel get their hands on a new 2016 Mitsubishi i-MiEV and take it for a test spin (no small feat to acquire one these days).

Now it's time for the BMW i3 to take its turn, as the internet magazine makes its way through the US lineup of plug-in vehicles.

This time it's Dan Gray, the outfit's Road-Test Editor, at the wheel of a new 2015 model year BMW REx (range extended option included).

Mr. Gray feels that the BMW i3 stands apart from all other plug-ins on the market, and evokes a 'love-it-or-leave-it' reaction in this extended review.

Highlighted is the BMW's interior, which is described as a "trip to the museum of modern art" that the editor says won't be everyone's cup of tea, as well the car's unique use of carbon fiber, low center of gravity and unique set of design configurations.