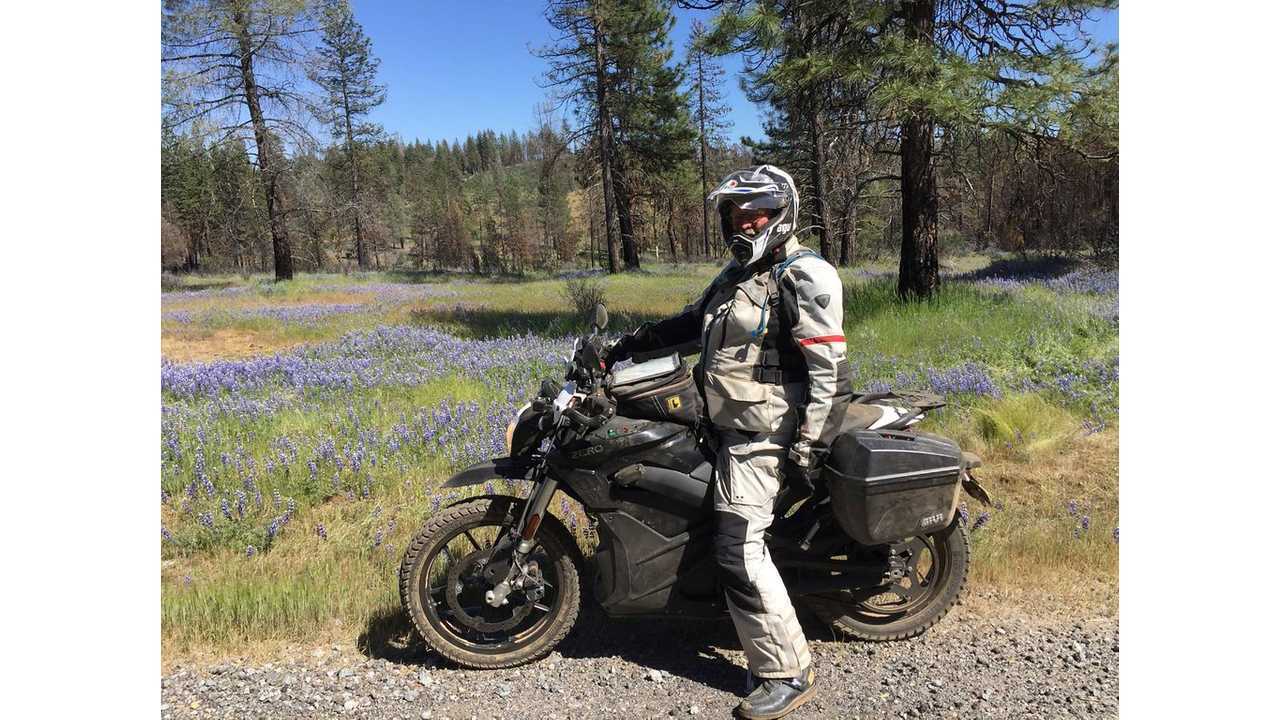 On MotoZero Racing's Facebook page, we caught sight of a nice group ride with the caption "Jim did 225 miles of dual sport riding last weekend in the sierras on a 2015 DS. Good action." What followed that was a link to Jim's SmugMug page, with a ton of photos of what looked like a blast riding in Yosemite.  Here's that link.

Now, that's all fine, but this photo in particular caught our eye:

See that label on the bar?  That would suggest this is a "Model Year 2016, Development and Research" bike, now wouldn't it?  The rest of the bike is pointedly absent of labeling or graphics, save that and a few logos.  Naturally we had to go back and look through the shots a little closer.

Remarkably unchanged, by appearances.  The front end, brakes and rear suspension appear identical, though the front disk appears a little larger on Jim's bike. The changes we've heard in the grapevine are battery and drivetrain-related, and remember, Zero filed trademarks for the DSR and FXS back a few months ago.  Motorcycle.com speculated:

"...A more likely scenario is the DSR will be a variant of the Zero DS dual-sport but with the more powerful motor from the Zero SR. Zero claims 67 hp from the SR motor compared to 54 hp on the 2015 DS, while the peak torque is said to increase by nearly 56% to 106 lb-ft."

...and what's this we spy, with our super-duper closeup?  That's a Size 6 controller, folks, under that plastic cover - just like on the SR:

...leading us to guess a few things.  To our knowledge, Zero doesn't intend to do an "R" version of any Police bikes, but this is clearly a Police version (note the taped up lights).  What this probably amounts to is a test mule - rather than a "production intent" bike as we see it here.  It's kind of an interesting peek into Zero's R&D process.  This "DSRP" with saddle bags is the largest, heaviest most electrically complicated bike they can theoretically make. They can use this for physical testing (like this trip), and also electromagnetic compatibility (EMC) testing as well.