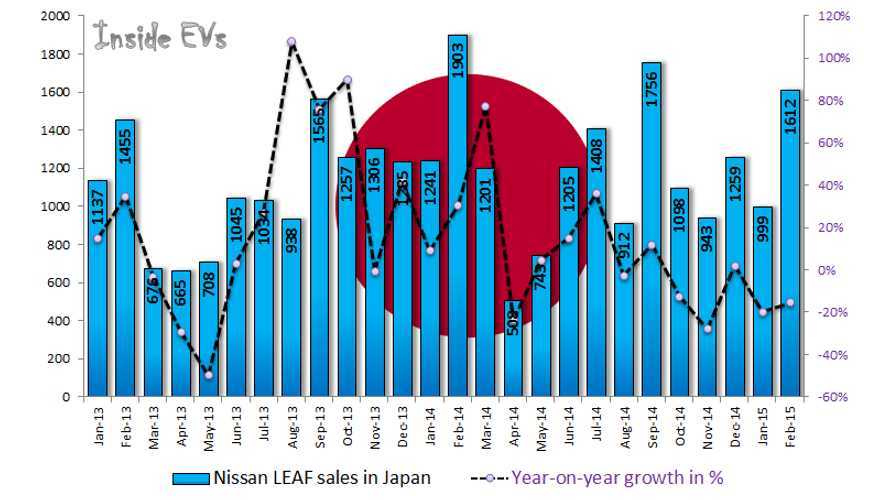 Plug-in electric car sales are down year-over-year together with the rest of the market.

The other best selling plug-in car, Mitsubishi Outlander PHEV, fell significantly last month to 603, compared to 1,630 in February of last year. This is Outlander PHEV's fourth big drop in a row.

Mitsubishi is finding a lot more sales of Outlander PHEV in Europe.

All-electric i-MiEVs and Minicabs-MiEV stay at a stable level of sales - 159.

No report on Tesla Model S, Nissan e-NV200 nor BMW i3 yet detected by us.

Plug-in car market share in Japan remains low at a few tenths of one percent.