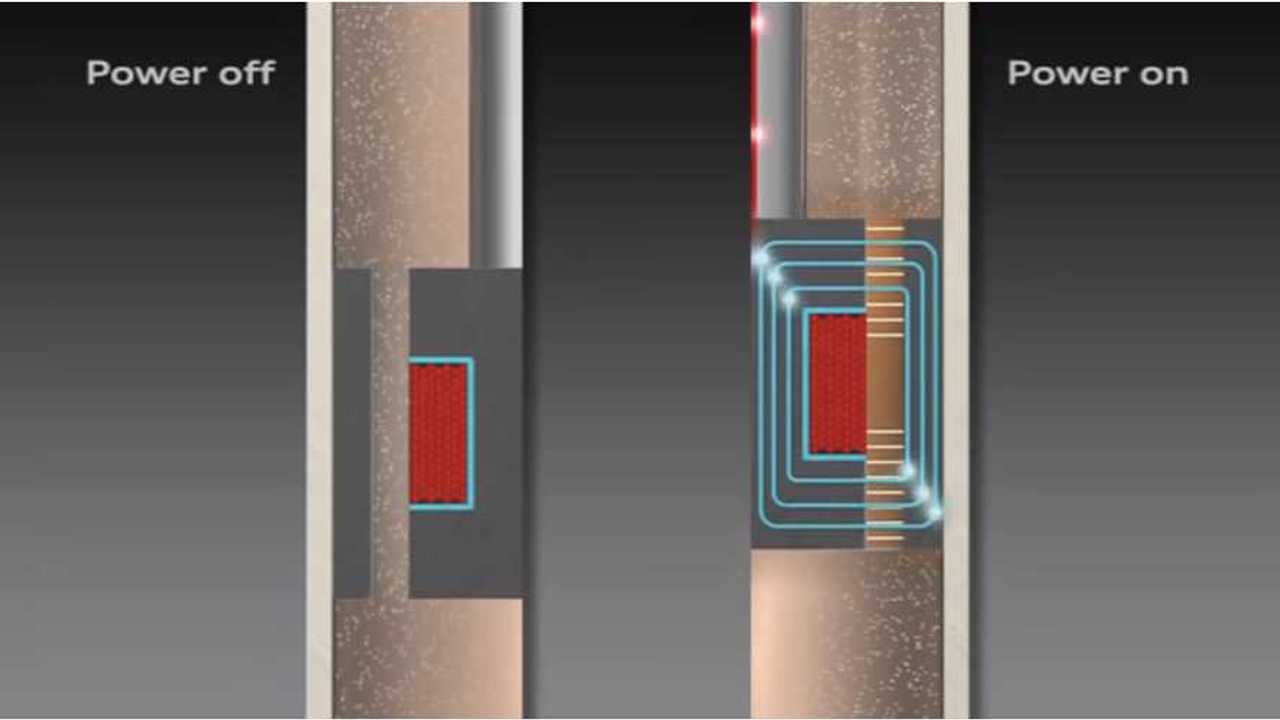 In a recent story on CleanTechnica, author (and fellow Big Dig survivor) Daryl Elliott gives a great summary of the recent history of electromagnetic "regen" suspension, starting with the 2009 work at MIT reported by Green Car Congress. The story started a little earlier than that, actually, in 2001 or so with the work of two Tufts professors, (also reported in Green Car Congress) - Tufts Engineering Professor Emeritus Ronald Goldner and colleague Peter Zerigian within the School of Engineering, who received additional support from Argonne National Laboratory.

Goldner passed away around that time, and the company he helped to found, Electric Truck, LLC, has drifted into the ether, though still has a "live" website.  Our last contact with them was around 2009, and even then it seemed the company was fairly stagnant.  Enter the MIT work, then Levant Power, with a patent filing in 2014, but no appreciable site updates since 2012, and finally Intertronic Gresser and now we're seeing claims of something like a regen suspension system enabling an EV to recover 100% of it's battery-powered range.  That is, "...when the battery enables a ride range of,  for example 200 miles , you can drive round about 400 miles ." (...quote from Intertronic Gresser, via Elliot's story.)  Um.  Hold on a second.  Let's do some basic Physics, shall we?

Here's their video (complete with snappy kind-of-funk B movie music):

Since the overwhelming bulk of the energy coming out of the batteries gets used in propelling the car, there's simply no way you can harvest anything but a very small portion of that energy with any system...  kinetic suspension or otherwise.  For a company representative to say that in public?  Preposterous.  (While we're at it, let's mount a wind turbine to the roof and use that to charge the batteries.  That should give us almost unlimited range, right?)  Granted, as Elliot puts it, "...it became clear that their claim meant that 50% of the energy used to propel the vehicle would come from the electricity that their suspension system generates", a little clearer than the 100% claim, still.  Our seat-of-the-pants engineering would guess about 2% of a vehicle's energy is absorbed by the suspension, and only a fraction of that is recoverable.

But, while we're on the subject, let's look at where active suspension is these days.  While Audi and others are running various types of passive electromagnetic suspension, they're (fascinatingly) using magnetic fields to change the damping characteristics of the hydraulic fluid in the shocks. What's really interesting is that what looks like the first real electromagnetic active suspension was developed by the premier-audio company, Bose, way back in 2004, as we see in this Car and Driver story.  You can read all about it on the Bose site, but here's a rundown from the Wikipedia:

This type of active suspension uses linear electromagnetic motors attached to each wheel. It provides extremely fast response, and allows regeneration of power consumed, by using the motors as generators. This nearly surmounts the issues of slow response times and high power consumption of hydraulic systems.

Electronically controlled active suspension system (ECASS) technology was patented by the University of Texas Center for Electromechanics in the 1990s and has been developed by L-3 Electronic Systems for use on military vehicles. The ECASS-equipped HMMWV exceeded the performance specifications for all performance evaluations in terms of absorbed power to the vehicle operator, stability and handling.

The Bose Corporation has a proof of concept model. The founder of Bose, Amar Bose has been working on exotic suspensions for many years while he worked as an MIT professor.

Here's a good video put up by the Technische Universiteit Eindhoven guys showing how they use magnetic fields to anticipate and control ride.

So, we're at an interesting place.  Electromagnetic suspension - both passive and active - is at a real-world state, and incorporated into existing cars because, well, it works swell.  Electric cars are becoming more widely used, and every available option to increase efficiency is being explored.  It seems only a matter of time before what's available in suspension, in terms of kinetic losses, gets harvested...  but it's a very small leak in a very big boat.  EVs generate (ouch) the demand, and the auto industry already has the tech foundation.  But keep in mind - "active" suspension, arguably the better-performing of the two, is just that, active.  It requires power, though it can recoup some of that power.  From Bose:

"The regenerative power amplifiers allow power to flow into the linear electromagnetic motor, and allow power to be returned from the motor. For example, when the Bose suspension encounters a pothole, power is used to extend the motor and isolate the vehicle's occupants from the disturbance. On the far side of the pothole, the motor operates as a generator and returns power back through the amplifier."

As far as the implications postulated in the CleanTechnica story?  User "Timo" on the Tesla forum may explain it best (ca 2011):

"Range is ratio of energy available - losses over time at given speed. Without losses you have infinite range. Major losses include ancillary, aerodynamic, drivetrain and rolling. This suspension energy gain is small part of the rolling resistance. Entire rolling resistance is about 1/5 of the losses car has at 60mph, so that alone already tells that that article is using imaginary numbers to make big news from nowhere."