Turns Out There Are Lots Of Tesla Chargers In China 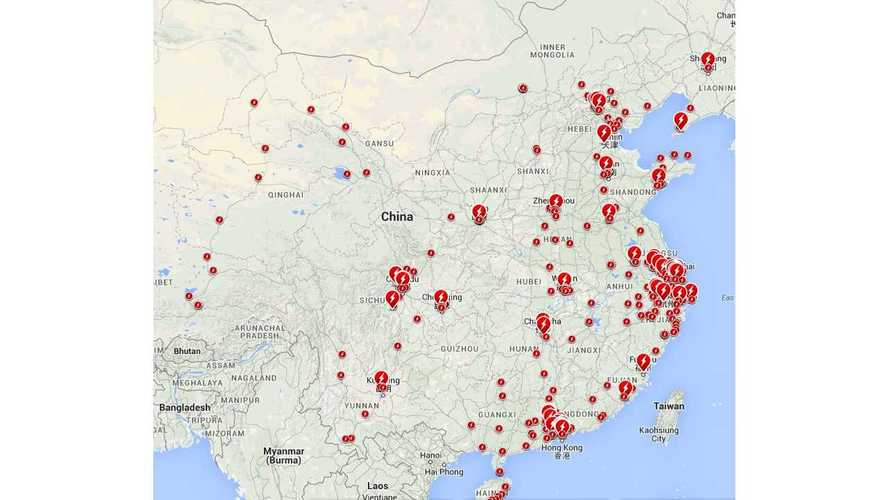 It seems as though virtually every article out there on Tesla's woes in China mention lack of charging stations as the primary reason why Model S sales there are lower than expected.

Well, as Teslarati discovered, there are plenty of Tesla charging stations in China.  Check out the map above for proof.  The bigger circles represent Superchargers, while the smaller ones are Tesla destination chargers.

It's probably time to declare that lack of charging stations is not the reason why Model S sales are below expectations in China.  Here's a solid explanation as to why Tesla struggles in China and we also explain what can be done to resolve the issue.