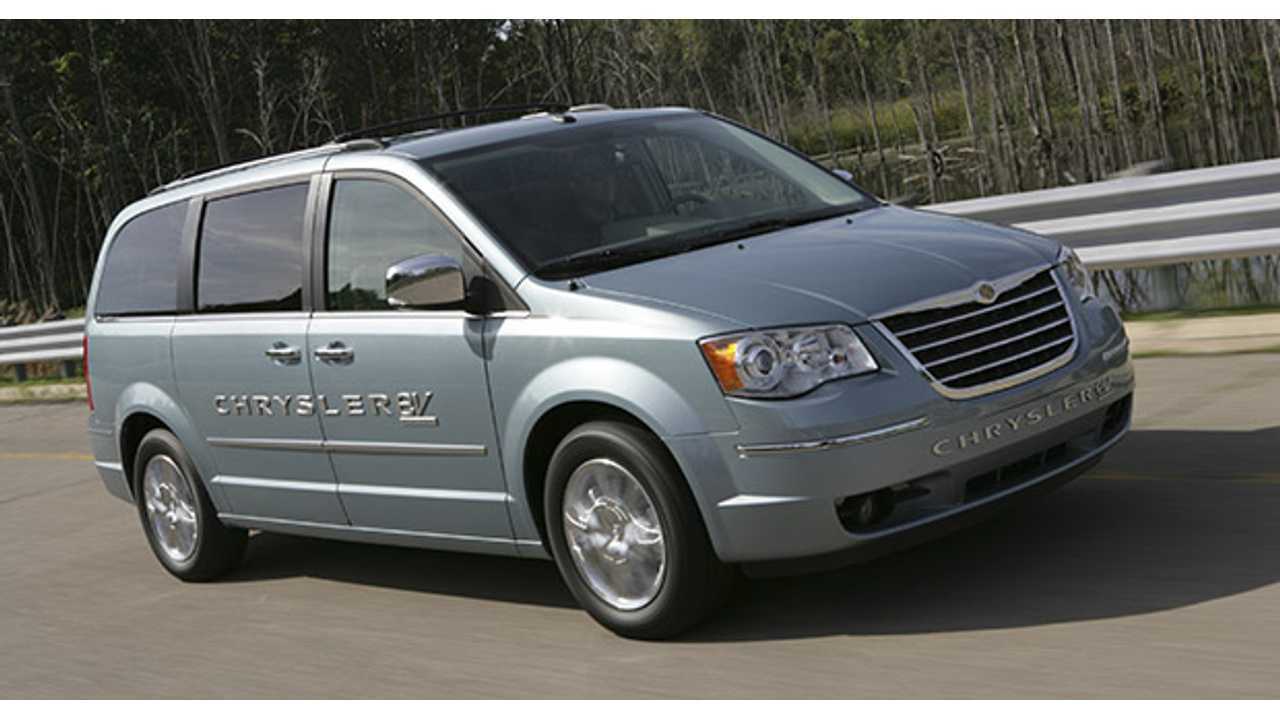 Over in Canada, at Chrysler's Windsor Assembly Plant, preparations are now underway on producing the next-generation Town & Country minivan:

Even Fiat Chrysler CEO Sergio Marchionne offered up comment on the electrified minivan, saying that a "massive" effort is underway to develop PHEVs and adding:

"The minivan that is coming out of Windsor is the first classic example of a massive introduction of hybrid technology."

"It's the beginning of a long process where you will see electrification work its way through in a variety of ways, through the larger vehicles, through the minivans, the pickup trucks eventually, to try and deal with the issue of CO2 and mileage."

It makes sense for Chrysler's first production plug-in to be its minivan since the automaker is credited with being the inventor of this segment of automobiles.  Hopefully, Chrysler's next stpe with be a production PHEV version of either its SUVs or Ram trucks.