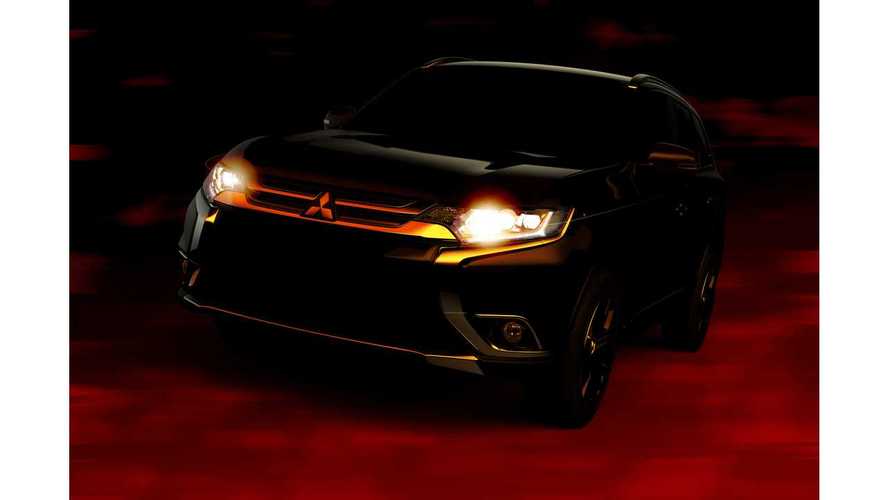 Mitsubishi Motors North America announced that at the 2015 New York International Auto Show on Thursday, April 2 it will unveil the 2016 Outlander.  This is the same body style that will be present for the Outlander PHEV when it arrives a year from now.

The 2016 Outlander is the first production car from Mitsubishi that will get the brand's new design language. This teaser reminds us of the previous Outlander PHEV Concept-S (below).

"The 2016 Outlander is a refined crossover utility vehicle that features over 100 engineering and design improvements including a new, powerful and dynamic appearance, enhanced road performance as the result of improvements to noise levels, ride, handling and throttle response, and a more eloquent yet functional interior space. The new 2016 Outlander demonstrates the brand's renewed emphasis on style, refinement and overall driving experience."

Naturally, like most word debuts, live shots of the vehicle in the wild take away some of the drama.  LiveDoor.jp has posted thess shots of the Outlander PHEV ahead of the reveal; which again, look heavy influenced by the Concept-S.