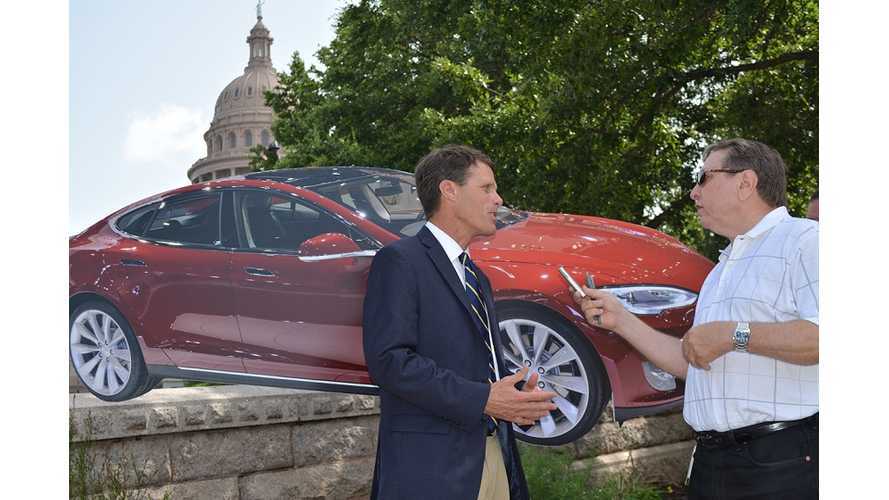 Very quietly, California State Senator Ted Gaines has issued Senate Bill 40 that would limit his state's $2,500 plug-in rebate to only those cars with a MSRP of $40,000 or less.  Out would be the likes of the Tesla Model S, BMW i3 and Mercedes-Benz B-Class Electric.

Mr. Gaines reasoning is simple, “I would much rather help people who are middle class,” reports the Sacramento Bee,“A $40,000 car is still expensive.”

Given that there is a limit as to how much money California has to fund the CVRP program (theoretically anyway- it has been raised many times), the sentiment makes some sense.

Rebate money would indeed go further in its purpose to get more plug-ins on the road by only being available on those EVs where the money would defer the greatest percent of cost.

The thing is, this is basically a bill to eliminate Tesla Model S owners from receiving the credit as the other players in the high end plug-in business are relatively insignificant.

Adding to the drama, Senator Gaines had been the biggest Tesla support in the California government...that is, when he was looking for a certain Gigafactory project to come to the state, and more specifically to his home district of Sacramento.

So, are sour grapes in play here as well?

The Sacramento Bee took the time to highlights of Senator Gaines' pro-Tesla antics when looking to secure the $5 billion dollar battery facility:

Mr. Gaines went Texas, which was competing for the Tesla factory at the same time, and "showed up outside the Capitol in Austin with a cardboard cutout of a Tesla, to drive home the point that, by law, there are no Tesla showrooms in Texas."

When in Texas, Mr. Gaines, said of the Model S,  "They (Tesla Model S sedans) are already everywhere. I look forward to their expansion in my state and seeing them driven all over the country soon.”

Now some six months after losing the battle for Tesla's Gigafactory to Nevada, this Bill would seem to indicate Mr. Gaines has harbored some ill-will towards the company since then...or perhaps he has merely had a return of his sensibilities to look out for the common good of his constituents.   Although, it seems fairly hard to believe that if Tesla had been chosen to make batteries in his home district that this bill would still be tabled today.

The reason for Mr. Gaines forwarding this bill not withstanding, would the public had been better served to have these funds reserved for the "middle class"?  Would future funding be better allocated towards strictly lower cost plug-ins?  That is still the real question.