Audi Talks R8 e-tron From Geneva, "It's A Sportscar, It's Not Comparable With A Tesla" 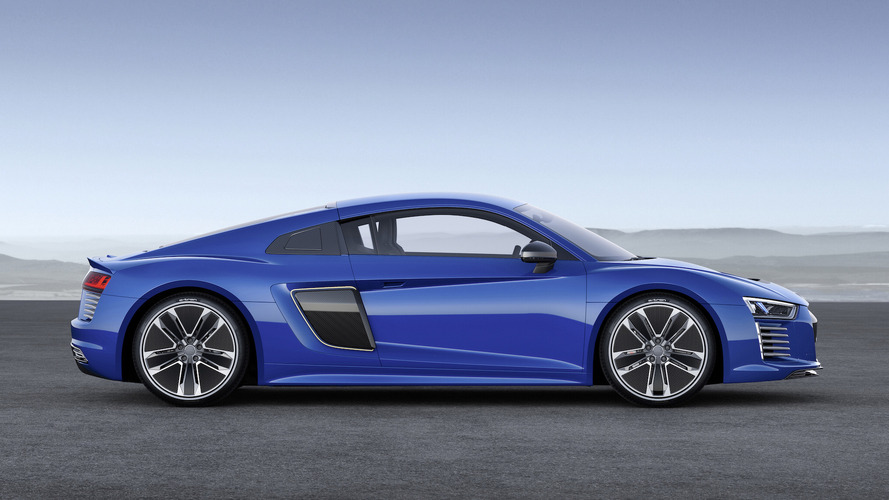 By: Jay Cole
The Audi R8 e-tron made its official debut in Geneva this month.  And along with the car, a few Audi officials were made available to sit down and discuss the all-electric version of the R8 supercar.

According to Audi, the R8 e-tron is capable of travelling more than 450 km (280 miles) on a single charge, and can zip to 62 mph in about 3.9 seconds.  (full technical details here)

Thomas Juppel, Project leader for Audi on the R8 e-Tron, is quick to point out that his car and the Tesla Model S are NOT competitors.

"Generally it's a sportscar, it is not comparable with Tesla.  So that means we've got only two seats, not four (?)"

While in many regards, we are quite sure the Audi engineer is right on a technical level, at the same time we are also confident the R8 e-tron and the Tesla Model S P85D will be heavily cross-shopped by potential consumers.

Mr. Juppel highlights the rear-drive system in the Audi during the interview, and also seems quite pleased with his company's decision to go with higher density, smaller format battery cells that the engineer says is "not comparable with any existing battery system on the market at the moment...but I can't tell  you exactly what it is."

In total, Audi is using 7,488 small cells, good for an 92 kWh, the original R8 e-tron concept had just 49 kWh of traditional automotive lithium battery cells. Mr. Juppel says that the total weight of the battery package is 600 kg. (1,300lbs).

The Audi R8 e-tron is hand-made and is available to order later this year.

The second part of the video details the BMW i3 and i8.

Thanks to Per Jeppson at SunDrive AB and Elbilen i Sverige