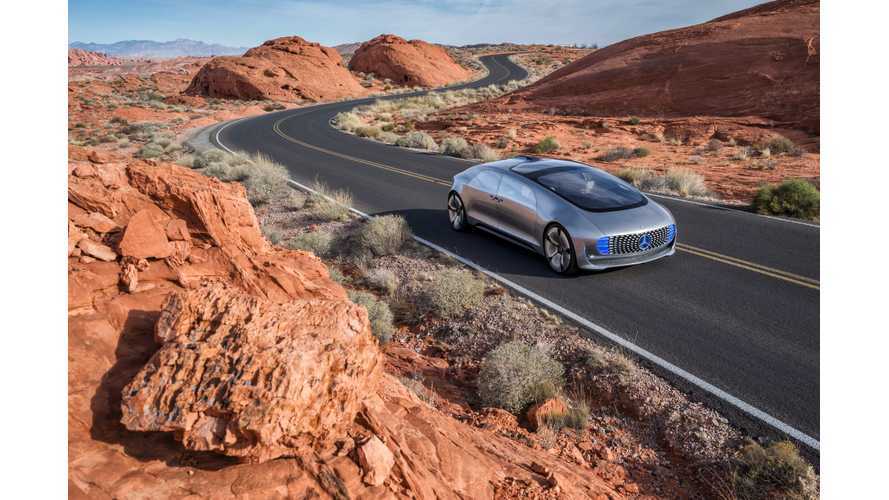 This self-driving four-seater is in fact a hydrogen fuel cell plug-in, with total range of 684 miles. All-electric range stands at 125 miles.

F015 is equipped with two rear-mounted motors (268 bhp and 294 ft lbs), strong enough to hit 62 mph in 6.7 seconds. Top speed is 124 mph, although according to the Autocar passengers don't need to pay much attention to performance in autonomous mode.

Mercedes-Benz leaves the option to drive the car yourself and both modes will be available in future production cars.

"It’s also fascinating how the concept of speed is taken out of the equation when you’re not behind the wheel and are getting on with something else; you’ve got the time back from the fact you’re being driven, so you don’t bat much of an eyelid at a traffic jam as you’ve got an environment and the tools to use the time productively.

Should you tire of being chauffeured around, then you can still drive the F105 yourself. The driver’s seat spins around to face the front, a steering wheel pops out the dashboard and there are pedals in the floor."

Is the F015 a glimpse at the S-Class of the future? Only time will tell.