Electric Vehicle Registrations Up 118% In Q1 2015 In European Union 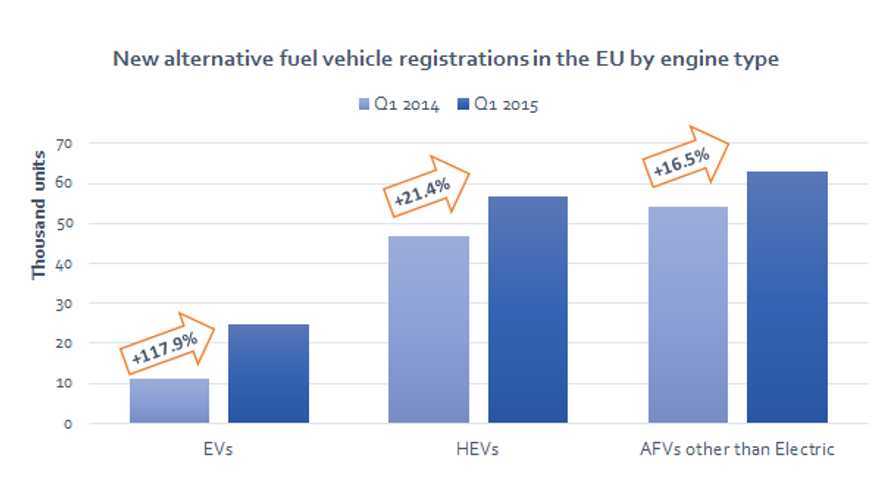 Some promising figures coming to us via the European Automobile Manufacturers Association:

Surprisingly, demand for conventional hybrids is up too:

Lastly, here's a look at Europe's strongest players in the AFV segment: