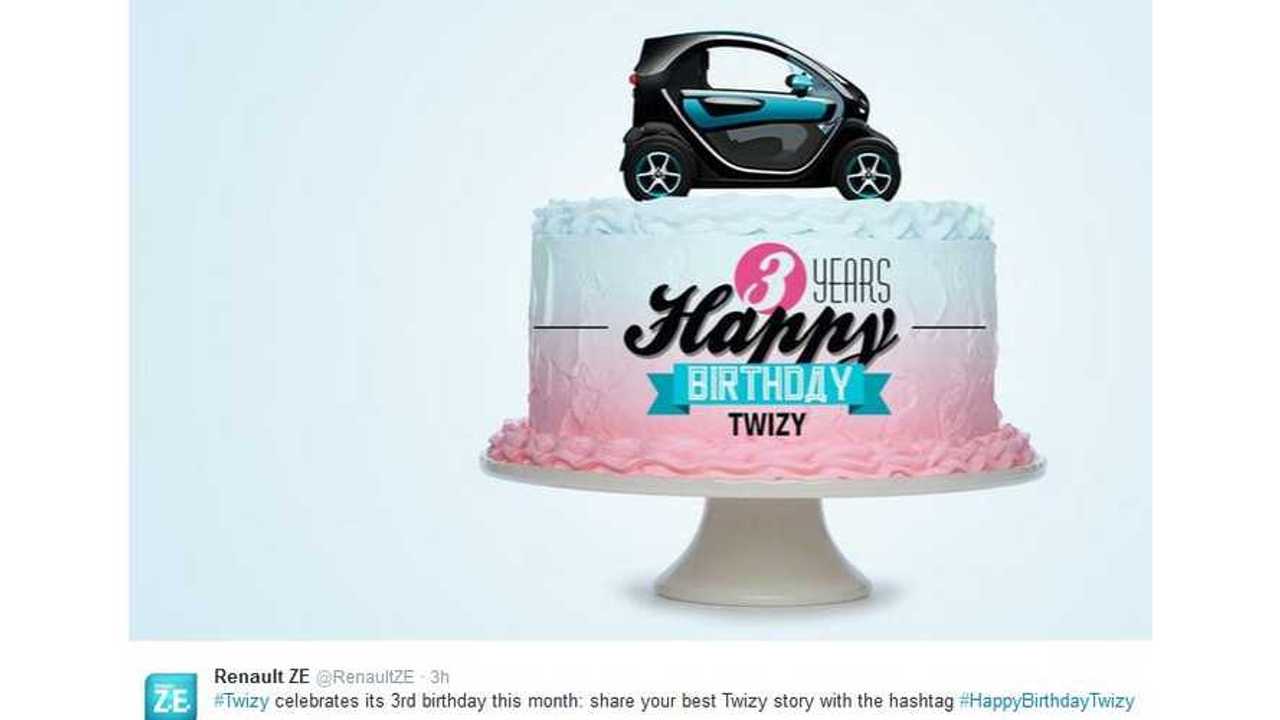 In March 2012, the Renault Twizy burst onto the electric car scene.

Though widely available, Twizy suffers from being classified a quadricycle, yet carrying a price tag that puts it in real car territory.

But still, Twizy is a fun electric car that just might be making its way to North America soon.

So, as we await its arrival in North America, we'll pass the time by celebrating Twizy turning three.