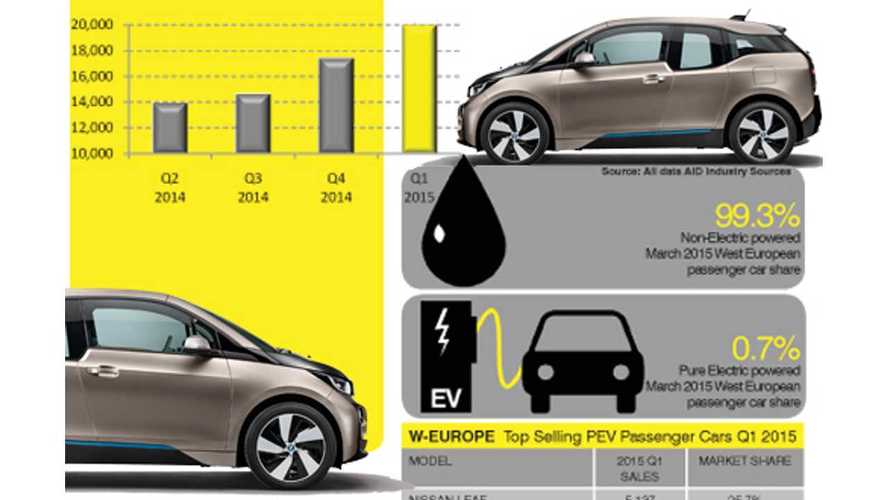 EagleAID has perfected the skill of presenting all-electric car sales in a way that even record results falls look miserable.

In the latest edition of EagleAID, it was noted that March was the best month ever with the highest BEVs registration numbers across West Europe.

Average market share for BEVs in West Europe reached 0.7% in March, although we understand that Norway with its 20-25% inflated the average for other countries significantly.

In the open part of the report, EagleAID poured a bucket of cold water of the high voltage sales of electric cars:

"But for todays electric car industry the potentially spirit-lifting news will likely be greeted with smiles rather than jubilation.

Thats simply because the hottest electric car registration month on record was not so much a sign that finally the eagerly awaited upturn in Europes underlying electric car demand is finally gaining momentum, but rather a reflection of yet another bumper turnout in one of Europes most highly subsidised electric car markets ..."

Now that's how you twist figures to reach a conclusion that's to your liking.

Meanwhile, reports such as by the European Automobile Manufacturers Associations, just gives the facts on plug-in cars in Europe.  Specifically that 15 EU countries netted more than 50% gains in the first quarter thanks to a strong March.