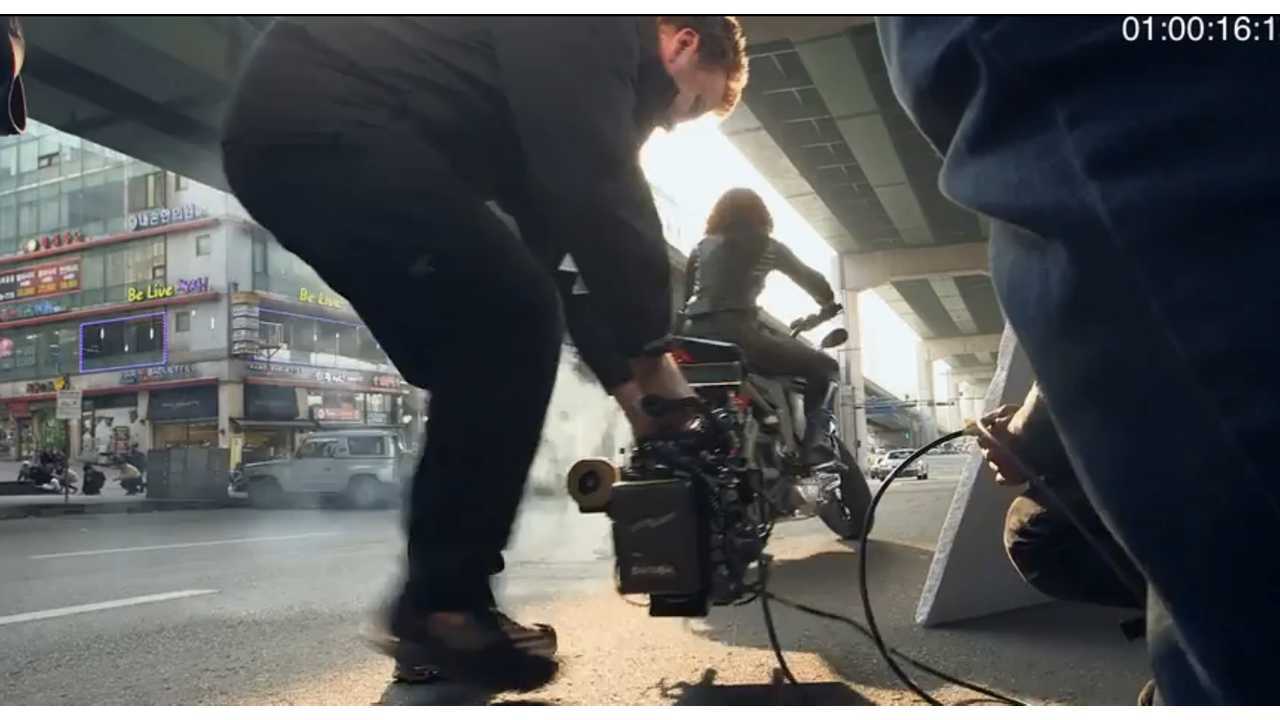 Harley Davidson just released a "behind the scenes" clip on their Project Livewire site with some nifty scenes, clips from the set, and interviews with people we wouldn't normally get to meet.  First, all that slick riding?  Meet Sarah Vignot, the first person we ever actually saw on a LiveWire, back when we thought it was Scarlett:

The guy who keeps the bikes rolling?  Meet Justin:

Oh.  And of course, there's Scarlett.  In all her awesomeness.  And leather.

There are three videos on the page below the splash image, but two of them are just Marvel trailers for the film.  Which are awesome.  But we saw them months ago.  This video is the one you want to watch.

Now, here's the thing we realized.

In a whole lot of ways, if you approach the Livewire from the standpoint of a motorcycle company fielding a market-research project, as Harley Davidson presented it (and we discussed it), it doesn't make a whole lot of sense.  The biggest single question is, OK, why field a bike that is so completely unlike the rest of the product line? Add to that a few others - basically amounting to, "Why field a bike that's not really that viable a bike, compared to the Zero and Brammo?".  Well, after seeing this clip, we started thinking, what if you look at it from the premise that it was a project that was primarily developed for a movie?  Suddenly it all makes sense.

Work with us here.  So Joss Whedon decides he wants motorcycles.  He picks Harley, because: Captain America.  (Everybody knows Cap rides a Harley.)  So then he calls up Harley, says, "...look, we have another bike we need, but this wants to be small, fast, nimble and, oh yeah, electric.  Can you do it?".  HD calls up Mission Motors, says "...wut up?".

Now, the primary driving force of the bike is the visuals in the film, so there's really not much about that bike that has to be practical or realistic.  Small, light, nimble and fast is what's needed, and it's got to look all Marvel Comics.  We don't need a charger onboard, we don't need range, projected cost doesn't matter, the mirrors don't have to work well, none of that hoo-ha.  It's a prop, but one that goes fast and can do wheelies and stoppies.

Harley's got to make a few of them, because you don't show up on a big expensive set with only one stunt bike, so now we're talking at least a run of 3 totally custom builds.  If you can make three, you can make 30.  Which, mind you, Marvel may have paid some pretty hefty cash for. Thus, sand-casting a custom frame, machining pretty bits on a high-voltage AC motor, a plastic cowl that looks like cool motor bits - basically a well produced and finished product is the way to go.

Now everything starts to click.  Harley now has a paddock with a bunch of bikes in it.  Harley negotiates a deal where they get to shop the bike all over the world, which promotes the movie, market-tests the concept, appeals to a demographic HD wants to appeal to (just by virtue of the Marvel connection if nothing else), and this is all gravy, after Whedon has bought and paid for all the up-front work.