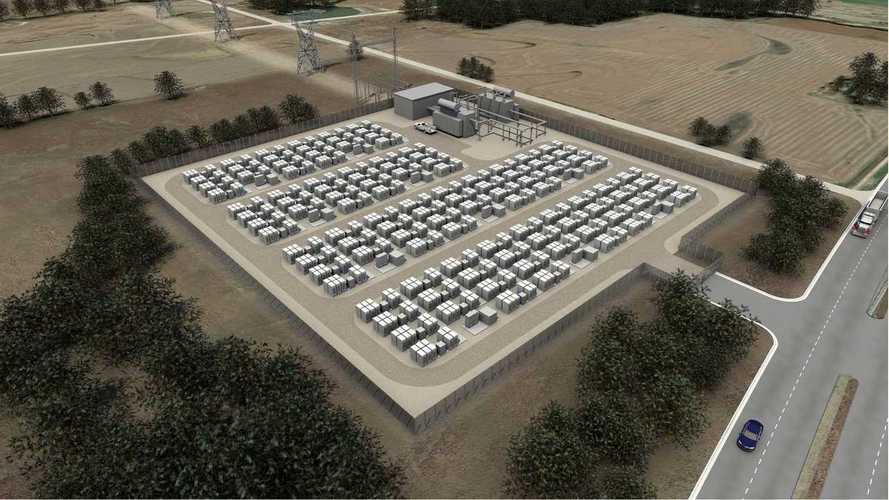 An endless queue of partners joins Tesla Motors in its the new energy storage business.

EnerNOC, for example, as provider of energy intelligence software (EIS), announced that it will collaborate with Tesla on the deployment and management of energy storage systems in commercial and industrial buildings.

The first project already are underway.

"EnerNOC and Tesla will enable enterprises to monetize the batteries through demand charge management and demand response using EnerNOC's EIS. Initial collaboration will include select EnerNOC customers in California."

"By working together, EnerNOC and Tesla can help enterprises find new, innovative ways to save money and get paid for their operational flexibility. Energy storage has great potential and is a natural fit with energy intelligence software. We are excited to explore the possibilities with Tesla."

"Energy management today is more complicated than simply buying power from the utility. Innovative companies like Tesla give us new options that enable us to reduce our reliance on the grid when prices are high, and EnerNOC's software gives us the visibility we need to make informed decisions about when to use these technologies and how to measure the impact they're having on our business."

Cargill, together with and Tesla and Pacific Gas & Electric (PG&E), will be one of the very first customers, installing 1 MWh energy storage at the company’s Fresno, California beef processing facility.

The goal is to avoid peak demand from the grid and lower bills by more than $100,000 annually. If we assume $350/kWh, simple math would give us a 3-4 year payback period, but we are not sure what the costs are per kWh for such systems.

"The Tesla batteries will be charged daily from the existing PG&E electricity grid system during off-peak hours, when electricity rates are lowest. The electricity stored in the batteries will then be used when rates are the highest each day during peak use times (peak trimming). By doing so, Cargill is reducing its contribution to the daily state power peak, when less environmentally friendly electricity generation might otherwise be required to meet demand.

Electric utility cost savings are estimated to be more than $100,000 annually. As the first large-scale battery installation at a Cargill meat processing facility, the company hopes to learn from this project for future potential use of this technology at its plants around the world."

LichtBlick, an energy and IT company, on the other hand will integrate Tesla’s Powerwall home energy storage systems (7 or 10 kWh modules)  into the energy market and offer them in Europe, USA, Australia and New Zealand.

"LichtBlick believes that the number of households and companies which generate and store electricity is set to increase sharply over the coming years."

"Using its unique SchwarmDirigent IT platform, the company links decentralized producers and storage systems and connects them to the energy markets. LichtBlick already operates a digital power plant in Germany with over a thousand decentralized units. Once linked to the cluster, Tesla Powerwall will be able to draw excess wind and solar power from the electricity network and then, during calm or cloudy periods, use this electricity in buildings or feed it back into the network. Consumers who integrate their batteries into the cluster will benefit from energy market revenues through LichtBlick."

"The new Tesla Powerwall represents a milestone, since powerful, affordable batteries are a key technology in the distributed energy revolution. LichtBlick connects decentralized batteries to a powerful storage system. The optimized use of millions of installed batteries, outside of buildings as well, plays a key part in ensuring that decentralized energy shapes our energy supply system."

And it would be no surprise if we added SolarCity to the list, right?

"SolarCity will begin taking orders for the new energy storage systems on May 1st and expects to begin installing customers in October. SolarCity will initially make its battery backup options available only to new solar customers in the company’s current service area, and will accommodate customers on a first-come, first-served basis. The company plans to make the battery backup system available to its existing solar customers later this year. Off-grid solutions offered in Hawaii are expected to become available in the first half of 2016."

We believe that this is just the peak of iceberg and there will be a lot of partners & suppliers that will try to join the Tesla ESS train.