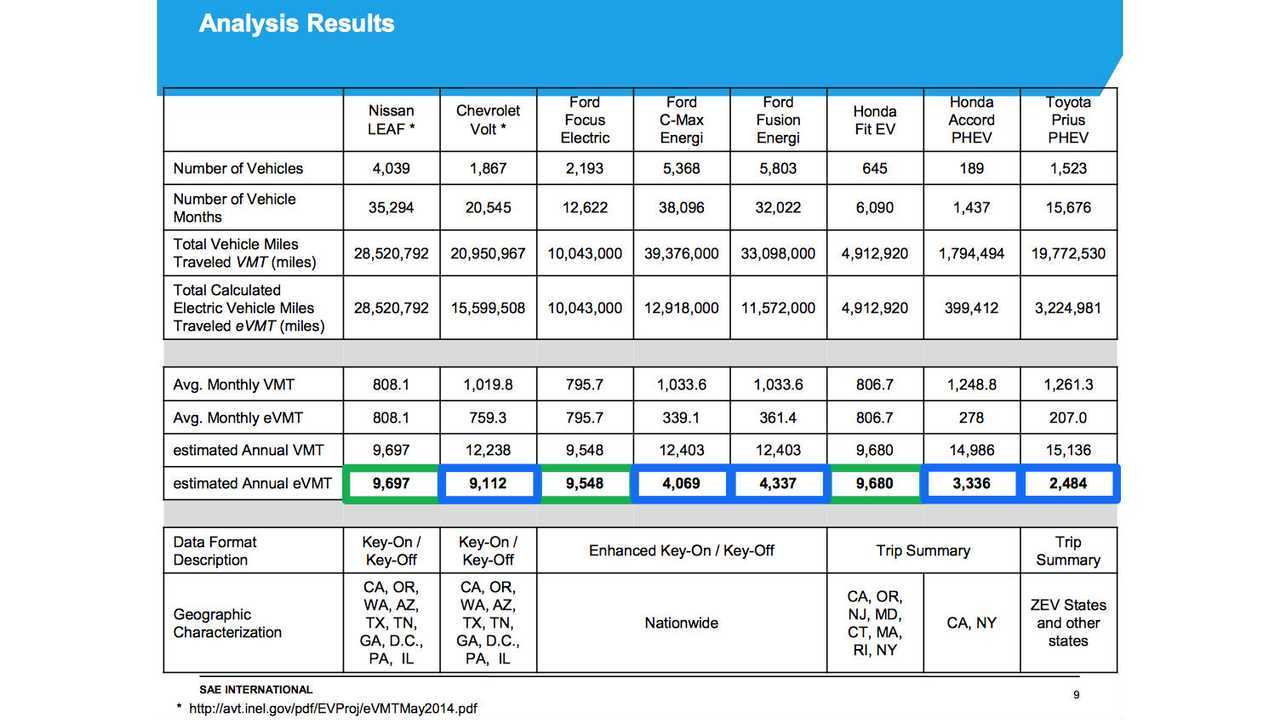 INL got a lot of data on several models and compiled it to see estimated annual eVMT (electric vehicle miles traveled).

As you can see, all plug-in cars with an engine drive, on average, a lot more miles (1,000-1,260 instead of around 800 a month). This seems obvious as customers bought those cars because they drive more with longer journeys.

Plug-in hybrids from Ford, Honda and Toyota of course have less all-electric range, which means that their all-electric miles traveled will be lower (2-4 times).

With more range, the 2016 Chevrolet Volt possibly could overtake Nissan LEAF in such stats, but we think that the LEAF will get more range soon too.