Production Of Nissan BladeGlider "Not A Priority" 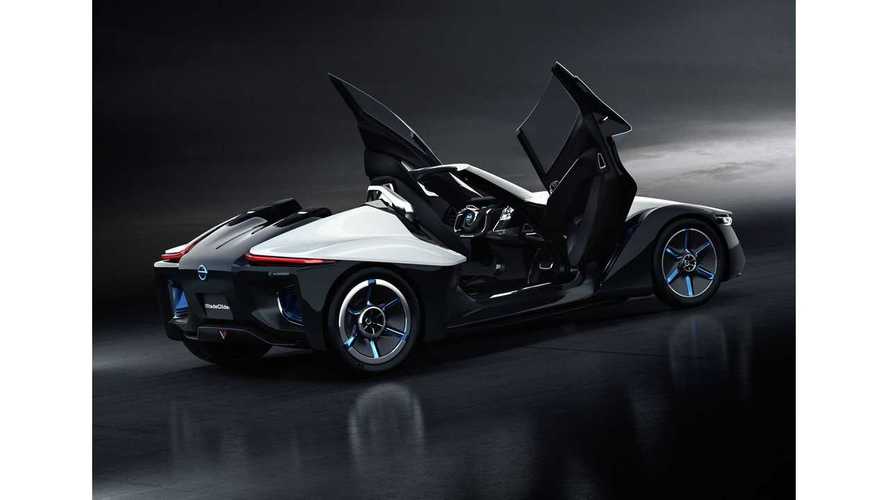 Despite previous promises to the contrary, production of the electric Nissan BladeGlider is not a priority for Nissan.

That's a shame, as the radical electric BladeGilder is truly remarkable.  The BladeGlider would be Nissan's halo electric, if it were ever produced.  Not that it would have been a big seller by any stretch.

Way back when, Nissan promised that the BladeGlider wasn't just a showy concept car, but rather a production-bound electric.  We had our doubts, given how radical BladeGlider is, but Nissan's then-executive-vice-president, Andy Palmer, stated:

“When I was growing up the principle was that young people wanted a sports car and their parents hated the idea of them – the problem with all of today’s sports cars is that they are actually owned by parents. We are exploring ways of getting back to a sports car that is affordable, challenging and appealing for young people.”

“I’ve driven the prototype, and it is unlike anything I have sampled before. This is the car that takes advantage of all the packaging benefits of an electric powertrain. All that weight and the set-up of the front racks means that the car is incredibly pointy, but the rear track and downforce mean that you can catch the oversteer with amazing ease.”

Palmer went on to say that within three years, we'd see this car in production at a price point of approximately $50,000.  Well, two years have passed since those statements were made and Palmer is no longer with Nissan.

The automaker's new chief planning officer, Philippe Klein, now says that BladeGlider is “an exploratory concept” and that it's not "among the immediate priorities” at Nissan.  Basically, Klein is saying BladeGlider is dead.  It exists purely as a concept, nothing more.