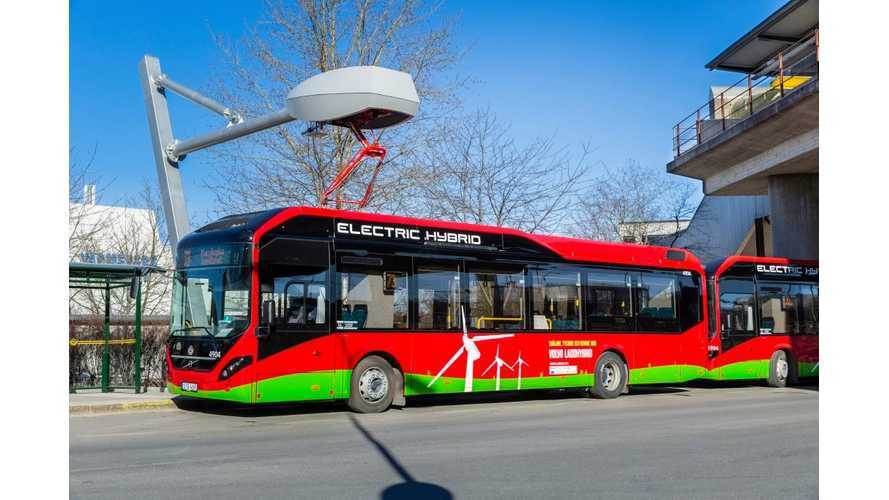 The route runs through central areas of Stockholm and new buses will drive seven out of over eight kilometers in all-electric mode (about 85%). The last part is driven on a small diesel engine (biodiesel).

Then, the small battery will be quick-charged in six minutes and the bus will go another time repeating the process for the whole shift.

"Services using electric hybrid buses in Stockholm comprise a demonstration project conducted by Volvo Buses, SL (Stockholm Public Transport) and energy provider Vattenfall. It is part-financed by the EU through the ZeEUS (Zero Emission Urban Bus System) project, in which more than 40 companies and organizations are participating. Following the initial demonstration project that will continue until the end of 2016, the intention is to continue using the electric hybrids in commercial operation.

Volvos electric hybrids have also been used in commercial service in Hamburg, Germany, since December 2014."

“More and more cities now regard electrified bus traffic as a cost-efficient way of reducing the problems of poor air quality and noise. Our solution makes travel more attractive and improves the environment without the need for large investments in new infrastructure. In Stockholm, we have yet another opportunity to demonstrate electric hybrid technology under commercial conditions."