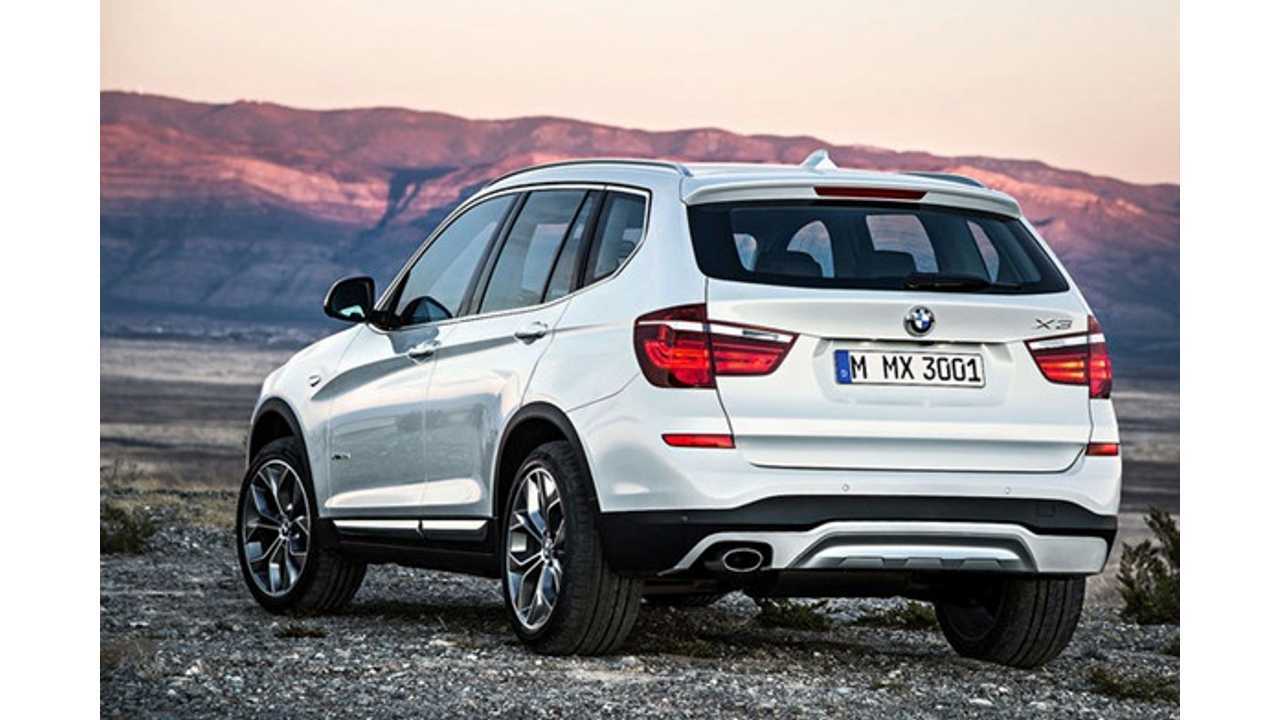 BMW's all-new 2017 X3 "mid-size SUV" is already in the on-road testing phase (see spy shots here) and there's word that it too will get the plug-in hybrid treatment like the just-unveiled BMW X5 Xdrive40e (what a ridiculous name).

The all-new X3 will retain the same basic shape and dimensions of the current model with just slight alterations like a longer wheelbase.

You'll find some additional model-change info over at Autocar, but here we'll focus only on the PHEV version.

According to industry insiders, the PHEV version of the X3 will be called the X3 xDrive35e (again, a ridiculous name). The xDrive35e will be like the baby brother to the all-new X5 xDrive40e, but the two vehicles will not share the same powertrain.  Instead, the X3 plug-in will get the PHEV setup from a vehicle in the BMW 3-Series lineup.  We're not entirely sure of the engine or motor that will power the plug-in X3 at this time, but we do know it won't get the X5's setup (full details here).  Autocar says the PHEV X3 will features this setup:

"Included is a turbocharged 2.0-litre, four-cylinder petrol engine tuned to deliver 177bhp and 236lb ft of torque as well as an electric motor mounted in the standard eight-speed automatic gearbox that provides an additional 94bhp and 184lb ft of torque. All up, they are set to provide the new mid-sized BMW SUV with a combined 242bhp and 295lb ft of torque in hybrid mode."

BMW is dead-set on electrifying its entire range of vehicles, so consider the X3 xDrive35e to be confirmed for production.