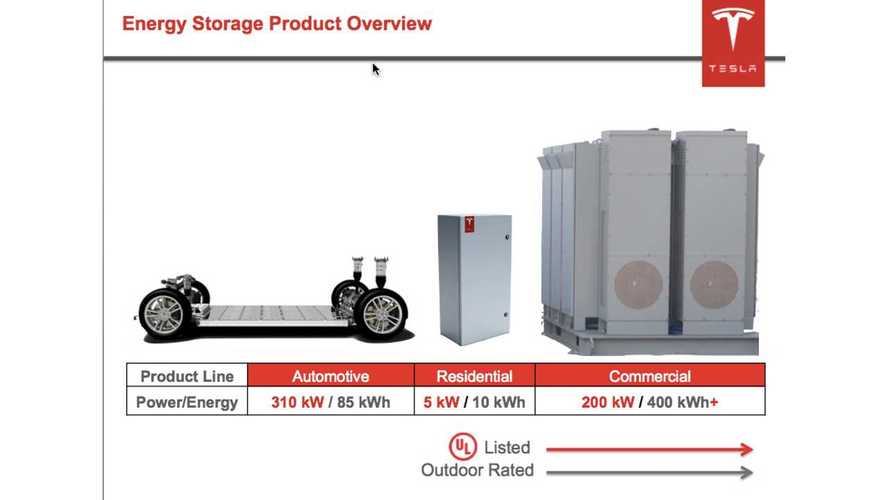 Good news for Tesla Motors and others in the battery energy storage market:

"IHS...announced that 9 percent of solar photovoltaic (PV) systems in North America will include attached storage in 2018. Led by commercial systems, IHS expects 700 megawatts (MW) of PV systems with energy storage will be installed by 2018, compared to just 30 MW in 2014."

Tesla's entry into this segment is mostly focused on residential, but rising usage in all segments will be a plus for the electric automaker and others who supply energy storage systems.

Press release from IHS below:

According to the IHS “Energy Storage in PV Report - 2014,” commercial buildings are subject to peak demand charges, which are based on the maximum power drawn from the grid during the billing period. These charges can make up a significant portion of a business’s electricity bill; however, using a battery and PV to reduce peaks in grid power consumption can reduce these costs significantly. “Incentives, like the Self Generation Incentive Program offered in California, are also making the economics of such systems extremely attractive; but there is no guarantee that electricity tariff structures won’t be adjusted, which could affect the economics of existing systems,” Wilkinson said.

The North American residential market for PV systems with attached storage will be limited, as the only real incentive for homeowners to install these systems is to provide back up for power blackouts. Although having a source of back-up power is desirable, particularly in areas that have experienced long blackouts, it is rarely valued enough to justify the high cost of a battery system. In a number of markets in Europe, such as Germany, Italy and the United Kingdom, the economics of a residential PV system are improved, when the system owner is able to increase the amount of power that they self consume, which has been the primary reason the PV energy storage market in those regions has developed more than it has in North America.

The market growth for energy-storage PV systems has been largely driven by suppliers like STEM and Green Charge Networks. IHS anticipates that Solarcity, a leading U.S. solar installer, will also be increasingly active in the attached storage market this year. In fact, Solarcity is already offering Tesla batteries with its PV systems, in order to offer peak demand reduction services.

“Solarcity’s third-party ownership business model has enabled it to become the largest residential and commercial solar installer in the United States,” Wilkinson said. “The company already has highly established sales channels and financing agreements in place that will make it another major driving force in the commercial PV energy storage market.”

IHS Technology’s “Energy Storage in PV Report – 2014” provides detailed analysis and forecasts for the potential of energy storage to be adopted in the quickly expanding solar industry.