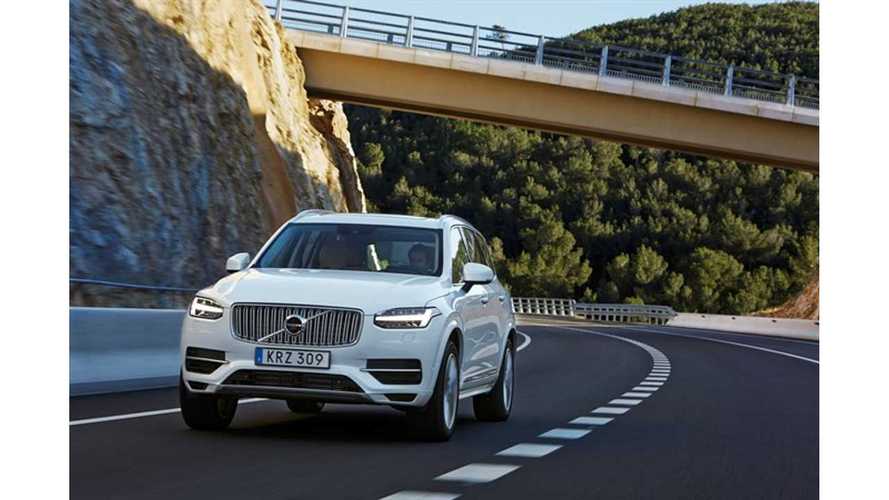 Since the Tesla Model X all-electric 7-seat SUV remains heavily delayed compared to initial plans (scheduled for late 2013), the upcoming Volvo XC90 T8 Twin Engine plug-in hybrid has the chance to grab title of the most powerful and cleanest SUV.

The Swedish flagship is on sale now in Europe and will be made available for test drives this summer in America, with first deliveries happening in the US shortly thereafter.

"The XC90 T8 Twin Engine has exceeded all expectations when it comes to the no compromise equation of power and low fuel consumption, coupled with world class low emissions – and all in a 7-seat luxury SUV.

The improvement over the earlier announced figures were achieved thanks to the continuous innovation cycle at the Swedish company. The result of further tuning is a drop of 10 g/km from the initial prognosis, for up to 134.5mpg fuel economy, while also adding horsepower. This makes the XC90 T8 Twin Engine the clear leader in its segment, with an exceptional combination of low fuel consumption, emissions and pure power."

"No other SUV in this class can deliver 26 miles of pure electric range, 0-62mph in 5.6 seconds and provide combined power of 407 hp – all in a 7 seat configuration."

“We have been working hard to earn our competitive edge and to give our customers the ultimate combination of performance and low fuel consumption. Our Twin Engine technology has enabled us to build on our heritage of efficient powertrain development in a completely new way. Thanks to our new scalable product architecture, and our world class four-cylinder engines, we have a clear and leading position."