Jonny, a '75 Enfield, and the Flux Capacitor: Quicker than Tesla 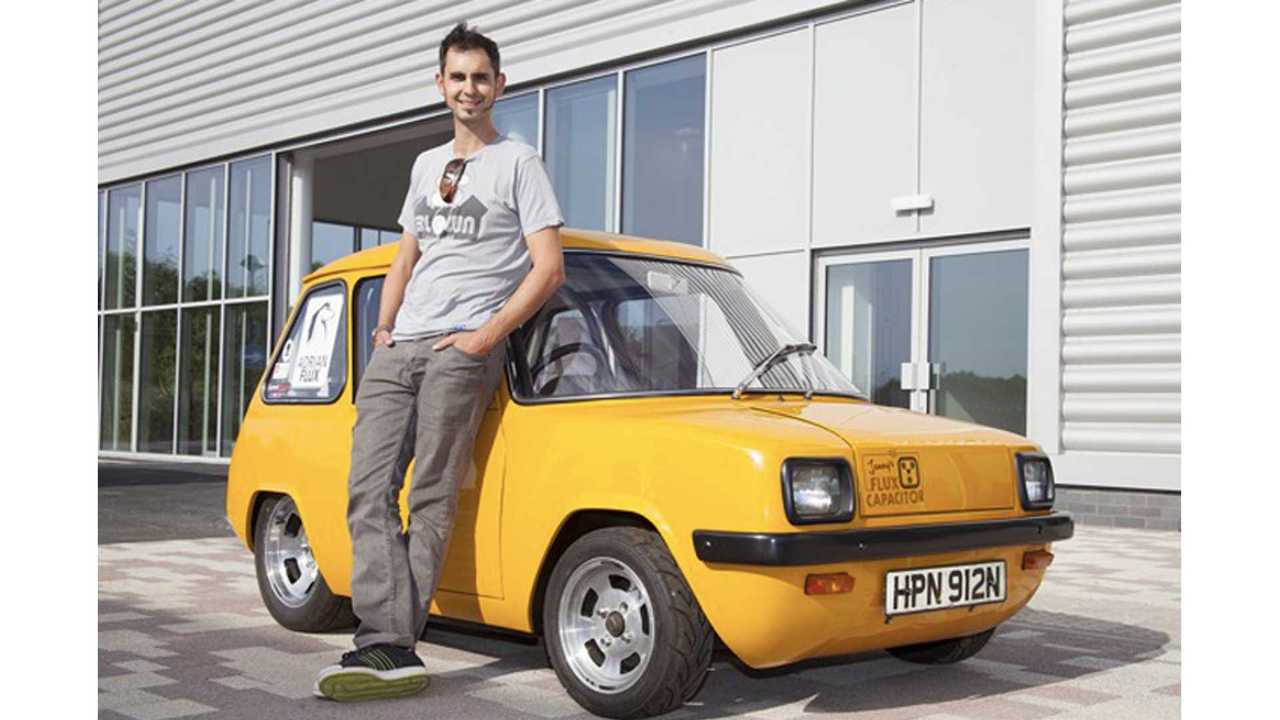 We first bumped into this story from Transport Evolved's piece: Reborn 1975 Enfield Electric Car — aka ‘Flux Capacitor’ — Is Faster Than a Tesla Roadster, and though it's a detailed story on the Enfield and this project, it left a lot of questions we wanted answered.  Like, who is this guy, and where can we see this thing run?

"This guy" is Jonny Smith:

I started as an automotive journalist in the '90s - around the time when emails were born. First cutting my teeth on a classic and custom Volkswagen magazine, I then progressed into mainstream car titles as the years progressed.

In 2006 I started presenting on the long-running TV show Fifth Gear and now, besides this, I've got my own BBC car-based series - Mud, Sweat & Gears - that will air in 2015.

By day I sample cutting edge technology by driving and reviewing new cars. By night (and weekend) the garage is filled with historical tin in varying states of repair.

Here's a great video posted on his sponsor's page, Adrian Flux Insurance (!!) featuring the "Jonny Cam", with a great introduction in Jonny's own words:

As far as seeing it run? Well, he's in the UK for now, so for us that's a flight that's not in the budget, but there's always this:

Jonny's website with lots more photos, some videos, and some great narrative is here: www.flux-capacitor.com.uk

The source site is something you really need to visit, for a really complete picture of the project.  Brew up a cup, have a seat and settle in for a good read: Reborn 1975 Enfield...

In the meantime, the boys over on the NEDRA Facebook page hasten to add that this isn't the only nano-electric-drag car.  Yeah, we just made that class up.  Here are a couple others:

Roderick Wilde's Electric Shopper with the same type of treatment. Wheelie bars and one front wheel.

Yeah, and they're not above the occasional meme, either.  Because: Clown Car

Thanks to Warren for the tip, and thumbs-up to Klaus for the clown!