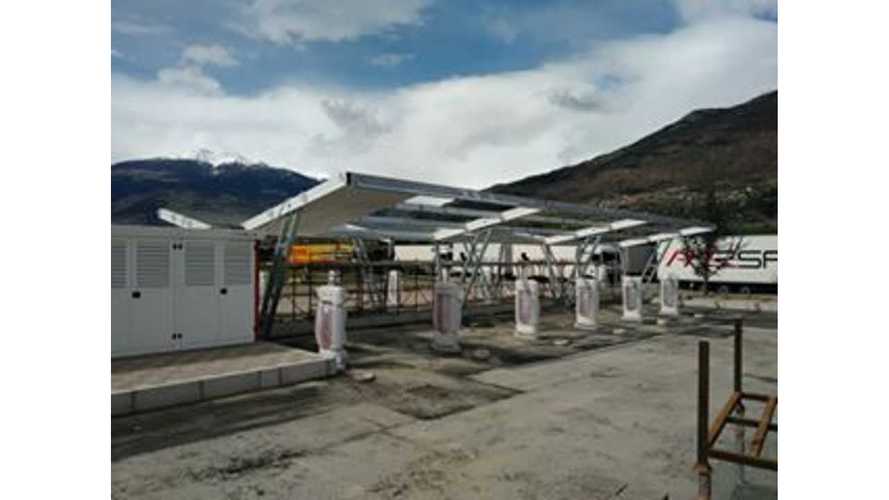 Tesla Motors is constructing a new Supercharging station in Valle d’Aosta, Italy, which wouldn't be special if not for its size.

This is probably the first ever station with 14 stalls, indicating a lot of demand at the crossroads to France and Switzerland.