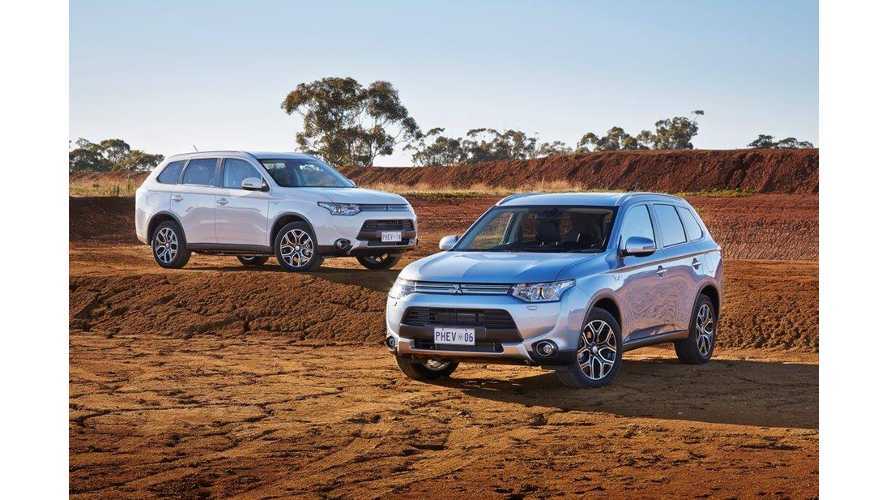 Mitsubishi Outlander PHEV is Gobbling Up All Of Mitsubishi's Battery Supply

CarAdvice tested the Mitsubishi Outlander PHEV for over six months and finally released its overall rating of 6.5/10.

On the positive side, Outlander PHEV could be a very efficient SUV in city:

"Properly efficient in the urban environment; big and capable of holding plenty of stuff; the most practical EV at this price; new 10-amp plug capability means no exorbitant 15-amp install fee at home."

Long-distance travels isn't the best environment for the Outlander PHEV.  Some problems with the infotainment system surfaced too:

"Not as efficient as you might expect when it's out of its comfort zone; constant quibbles with usability of the infotainment system; diesel Outlander an all-round better option (unless you're hell-bent on green cred!)"

"In summary, our 10,000-odd kilometres and six months in the car left us both hot and cold.

Its average fuel consumption of about 5.6 litres per 100km – pretty good given this is a big bus with plenty of space, but our numbers were well over the claimed consumption figure of 1.9L/100km. And, it must be considered that electricity isn’t free (unless you’re like Andy, and solar panels ain’t cheap!).

Our overall rating has dropped away over time – we initially gave the car a 7.5 out of 10 at launch, which then dropped to 7/10 in our initial long-term reviews. After six months, it dipped a little lower: 6.5/10.

There’s no denying the Mitsubishi Outlander PHEV offers an alternative to the diesel and petrol SUVs that dominate this segment. And as far as electric cars go, it offers an unparalleled practicality advantage for the price. For that, Mitsubishi deserves some accolade."