Chevrolet Volt Sales Rebound Slightly In US For April 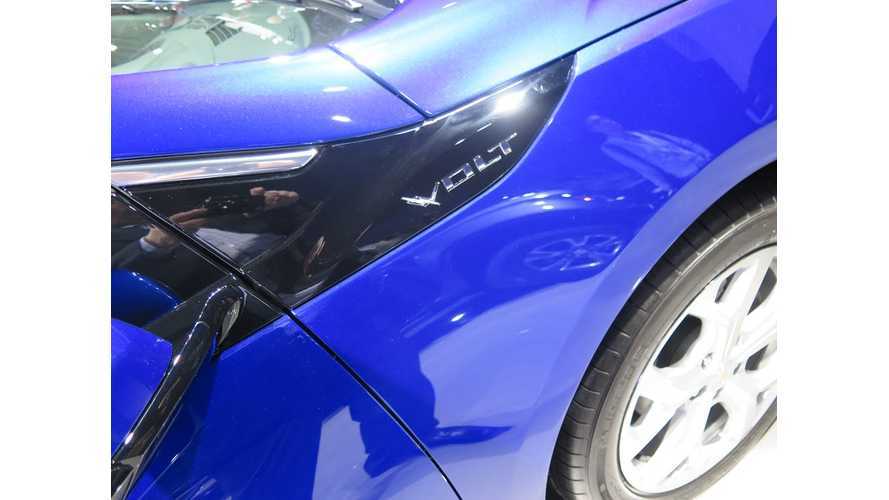 While We Eagerly Anticipate 2016 Volt Sales This Fall, The Future Of The Platform Is Pressuring Sales Today

Wind-Down Of The Toyota Prius PHV In America, GM Will Be Building Enough Volts To Bridge The Gap To The Next Generation" draggable="false">

Unlike With The Wind-Down Of The Toyota Prius PHV In America, GM Will Be Building Enough Volts To Bridge The Gap To The Next Generation

As the current generation of Chevrolet Volt races to its production wind-up in two weeks, actual sales of the existing car will slowly be drawn out until sometime around September, when the first 2016 Volts are expected to arrive.

And despite several reports that the 2015 model year car was wrapping up early and production was being scaled back due to any number of reasons (demand, gas prices, too much inventory); none of that was even remotely true.

The 2015 Volt has been scheduled to wind down this month for ages, and GM has done nothing but increase national inventories (albeit slowly) month after month this year in order to bridge the gap to the next generation model.

Which was a good thing, as sales picked up in April thanks mostly to a new, more aggressive leasing/cashback program.  For the month, GM set a new year high of 905 Chevy Volts sold.  An improvement of 42% from March's result (639).

Heading into May, GM has just about 4,500 copies of the 2015 model year Volt for sale at dealerships around the country.  Considering the 5 month window to the 2016 edition's launch, this inventory volume seems more than reasonable to us.

Separately, GM sold an insane 920 Chevrolet Spark EVs in April (...no that is not a misprint, story here), and the Cadillac ELR sold a respectable 104 copies, up 70% from the 61 sold a year ago.

Also of interest GM-related this month:

- GM released its online ordering guide for the 2016 Volt online this month, so if you want to know all the specs; or if you can option a navigation system with the base model (you can't) - this is what you have been waiting for

- Both the 2016 Chevrolet Spark EV and the 2016 Cadillac ELR got MSRP haircuts this month, by $1,650 and $9,000 respectively.  Perhaps a proactive move by GM foreshadowing aggressive base pricing for the 2016 Volt?

- The Cadillac CT6 PHEV debuted in Shanghai in April (details, pics).  The good news?  GM surprised us by packing the boat-sized Cadillac with a Volt-sized battery (18.4 kWh), which gives it 37 miles of all electric range!  The bad news?  It isn't scheduled to arrive in America for a early 2017.