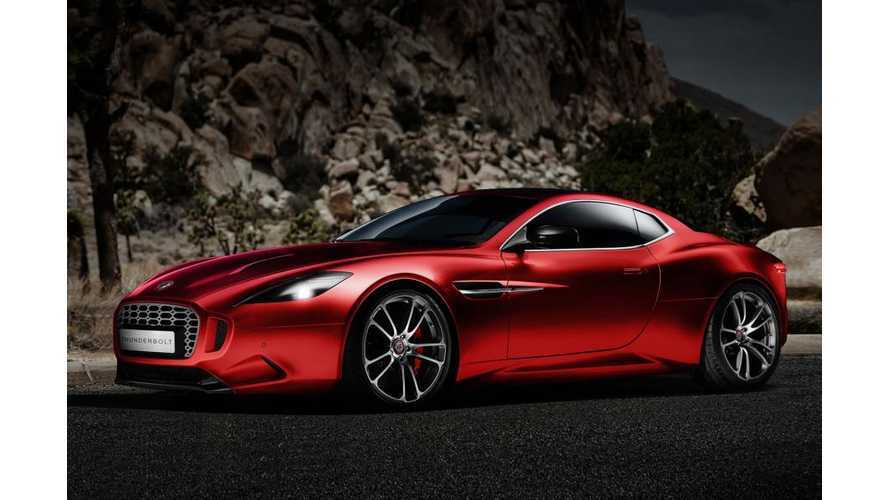 It doesn't plug in and that's a shame, especially since it's named Thunderbolt.

We figure some readers (Henrik Fisker/Fisker Karma fans) would be interested in seeing Henrik Fisker's latest creation first unveiled in March, so here it is.

Details on the gas-gulping 6.0-liter V12 engine that powers Thunderbolt can be found here.

It is too bad that this isn't the product that his old namesake Fisker (now Elux), is constantly threatening to launch.