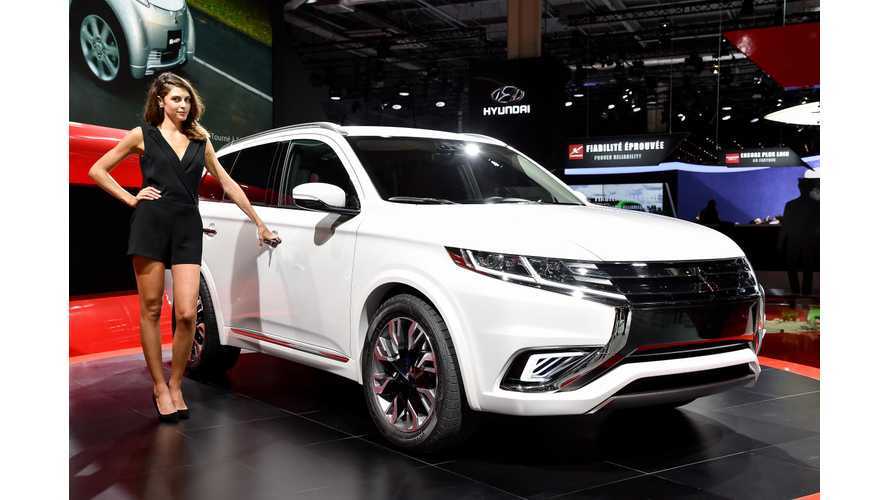 Well, in Europe Mitsubishi has almost reached the target five years ahead of schedule.

2014 fiscal year ended in March with Mitsubishi reporting total European sales at 153,747 vehicles, out of which 44,963 Outlanders.

Outlander is available in a plug-in hybrid version and that is the version that's most popular with 25,266 sales! Regular Outlander didn't even reach 20,000.

Outlander PHEV accounted for 16.4% of all Mitsubishi sales in Europe.

On top of that, the Japanese company can add at least a few hundred i-MiEVs.

In Japan, Outlander PHEV had some 8,629 sales in the most recent fiscal year.