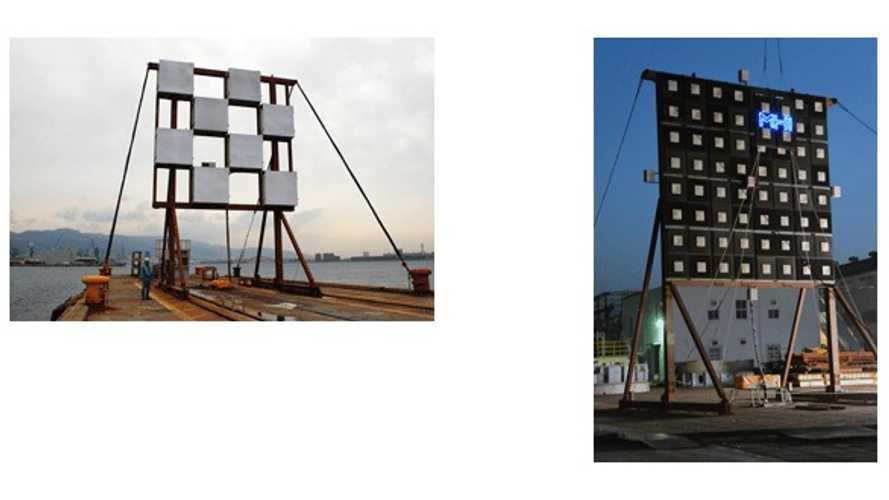 Wireless charging isn't the basic method of EV charging, although there are a lot of developments in this area and the first products for cars are already available (mostly through Plugless Power).

Typically, wireless charging is done over short distances, but special technology enables the sending of energy over long distances as well. Now for sure this is not directly related to EVs right now, but it does give us a broader perspective of what can be done.

The chance that equipping an EV with microwave oven will let you do the same is unlikely, Mitsubishi's aim here is space solar power systems (SSPS) and is considering other industrial applications (wireless power transmission to locations where installation of power cables has been difficult or dangerous, offshore wind turbines).

"Mitsubishi Heavy Industries, Ltd. (MHI) has conducted ground demonstration testing of "wireless power transmission," a new technology presently under development to serve as the core technology of the space solar power systems (SSPS) that are expected to be the power generation systems of the future.

With successful completion of the test at the company's Kobe Shipyard & Machinery Works, MHI has now verified the viability of long-distance wireless power transmission. In the ground demonstration test, 10 kilowatts (kW) of power was sent from a transmitting unit by microwave. The reception of power was confirmed at a receiver unit located at a distance of 500 meters (m) away by the illumination of LED lights, using part of power transmitted.

The transmission distance and power load mark new milestones in Japan with respect to length and volume of wireless power transmission. The testing also confirmed the performance of the advanced control system technology used to regulate the direction of the microwave beam so that it does not veer from the targeted receiver unit. MHI conducted the ground demonstration testing based on an agreement with Japan Space Systems, the incorporated foundation that has been consigned by the Japanese Ministry of Economy, Trade and Industry to carry out the "2012 Solar Power Wireless Transmission Technology Development Project."

In the comments on Green Car Congress we found that the record-breaking wireless transfer is pretty old - 34 kW over 1.5 km (almost a mile) at 82% efficiency in 1975!