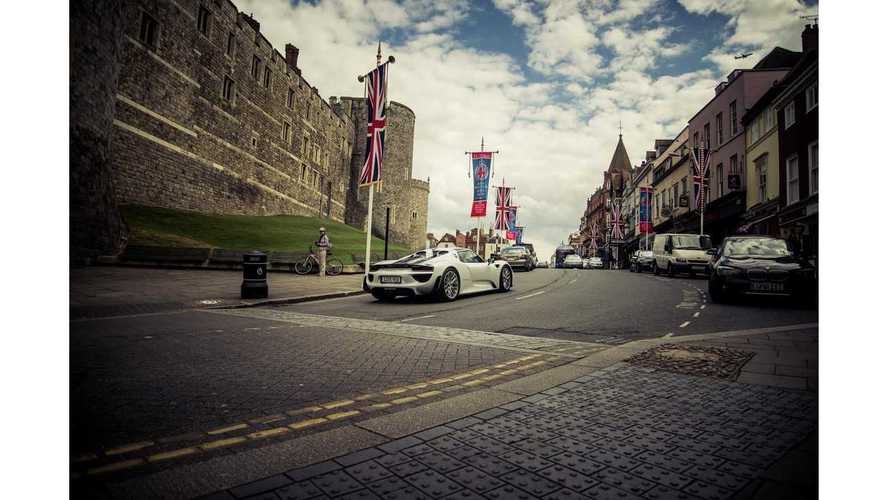 One of the fans, Ingo Vandenberghe from Austria, began a Porsche-backed road trip through the UK in 918 Spyder.

Ingo will drive some 622 miles, hopefully he will quickly get used to driving on the other side of the road.

"Ingo (27) won this amazing prize in a competition hosted on the Porsche Facebook page to celebrate the landmark of reaching 10 million Facebook fans worldwide. Now, he will visit a series of top cultural and motoring landmarks from the unique vantage point of the cockpit of the epochal 918 Spyder."

Along the journey, Porsche owners and enthusiasts will get an opportunity to sign the car.

918 Spyder will be accompanied by two other plug-in hybrids - Cayenne S E-Hybrid and Panamera S E-Hybrid.

We welcome people to come and join us and sign the car.

Use #10MRoadtrip to find out the timings for when the car will arrive at the key stops.