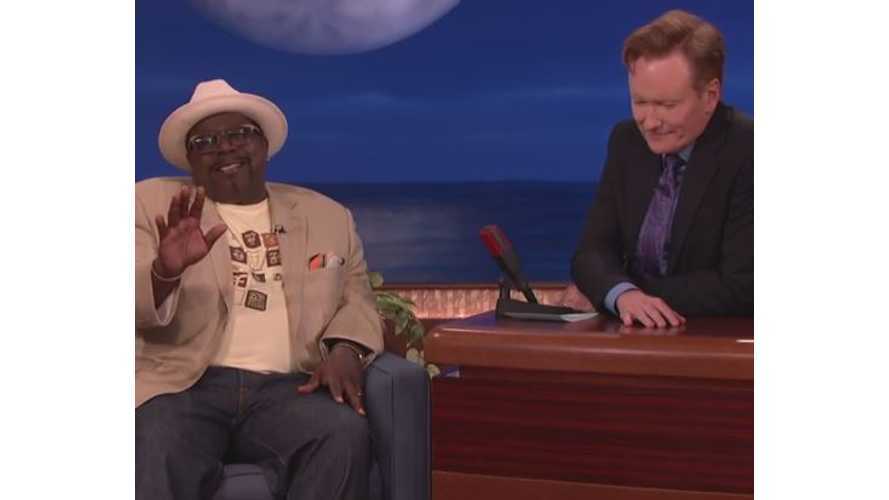 Cedric The Entertainer discusses how he took Stevie Wonder for a ride in his Tesla Model S in the Conan video above.

Let's just say that the video made us (and the audience) bust out in laughter!

So, if you can spare 76 seconds, we think you should check out this clip, especially if you like Cedric and/or Teslas.

"Now, is it true, I heard this, don't know if it's a true story, that you took Stevie wonder for a ride in your Tesla

CEDRIC THE ENTERTAINER: They haven't done that yet."