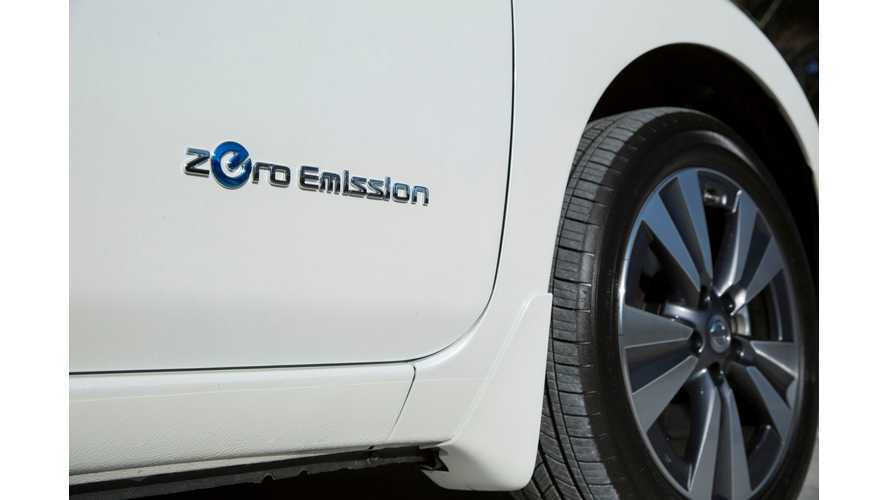 It has been a struggle in the first three months of the year for the both Nissan and the electric vehicle industry overall to keep the pace with last year's sales.

For The First Time Ever, Nissan May Be Dealing With Too Much LEAF Inventory In US (photo via Scott F)

And while the EV segment had edged out a thin 3% gain in the first quarter of 2015, the LEAF hasn't been as fortunate - off 27% over the same time.

Nissan did note that during the month that the company "launched No Charge to Charge in Indianapolis and Fresno, California, providing two years of no-cost access to quick chargers throughout these markets with the purchase or lease of a new LEAF electric car," which brings the program now to 15 cities.

Historically, Nissan has accounted for about 25% of the plug-in market share in the United States, with 1 in every 4 EVs being a LEAF; that number has fallen this year to almost 1 in every 6 (17.5%).

Interestingly, despite a slower start to the year, inventory of the Nissan LEAF nationwide hit historical highs in April - averaging more than 6,000 cars throughout the month.

At this point we aren't sure if this should be considered Nissan finally catching up to demand and comfortably stocking the car, or if they simply overshot internal estimates for how many copies they would sell in the first 4 months of the year, and now have too many.

...Soon To Be America's Fastest Contracting LEAF Community This July

Looking to the future, and possibly compounding the problem of 'too much inventory/not enough sales', is the decision by Georgia to ax its more than generous EV credit of up to $5,000 at the end of June.

This means the state that used to lead the nation in EV adoption, is now going to likely fall to the back of the pack.  This development hits Nissan the hardest, as the LEAF often sells more than 500 copies there in a month - with one month even crossing the 1,000 unit sold level.

Also of interest this month in regards to the Nissan LEAF: