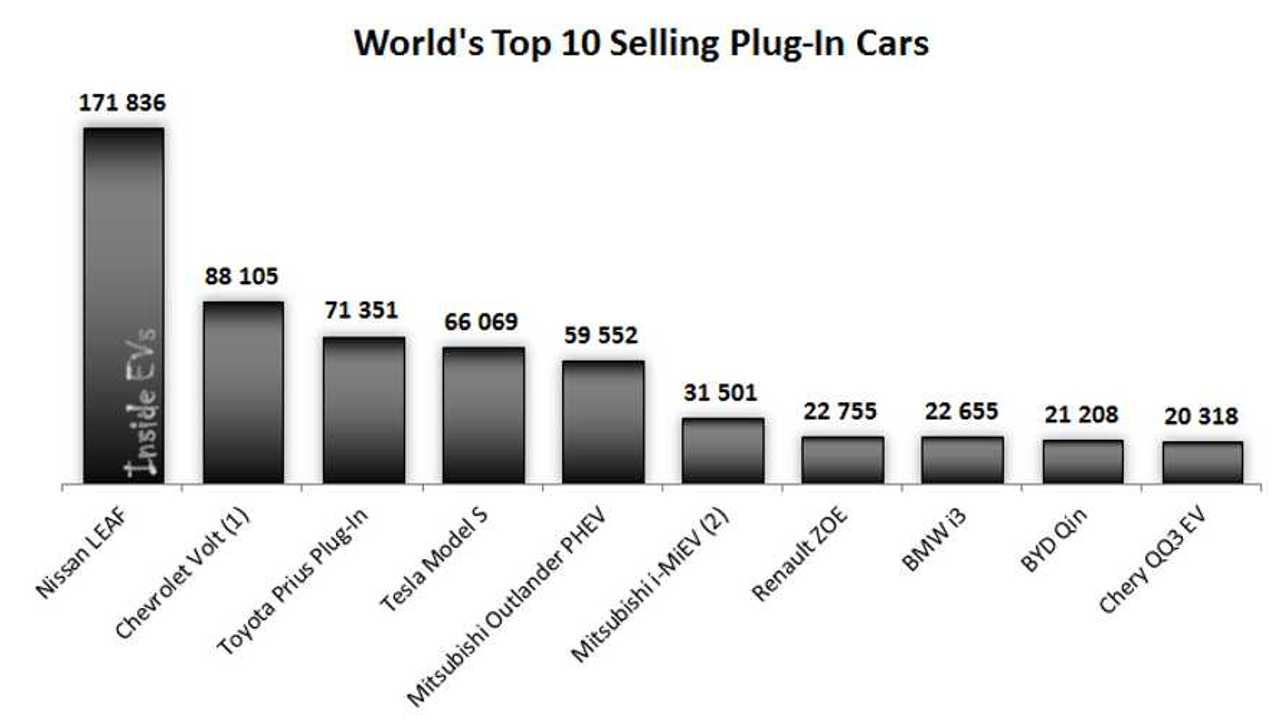 Among the Top 10 models, the Nissan LEAF is so far out of range of the others, that it's no contest for the #1 spot.

The LEAF gets an additional boost due to the fact that the Chevrolet Volt is retreating from Europe and Australia and is even less threatened with Toyota just announcing the end of production for the Plug-In Prius (new generation coming 2016).

On the other hand, the Tesla Model S has a chance to not only take third place, but maybe even attack second position while the Volt is on generational production/sales hiatus. Or maybe rather the Mitsubishi Outlander PHEV will do it?

Europe has only two representatives - Renault ZOE and BMW i3. China has two too.

Then we see Renault and Ford, both with few models on the market. We predict that Volkswagen will break into Top 10 this year.