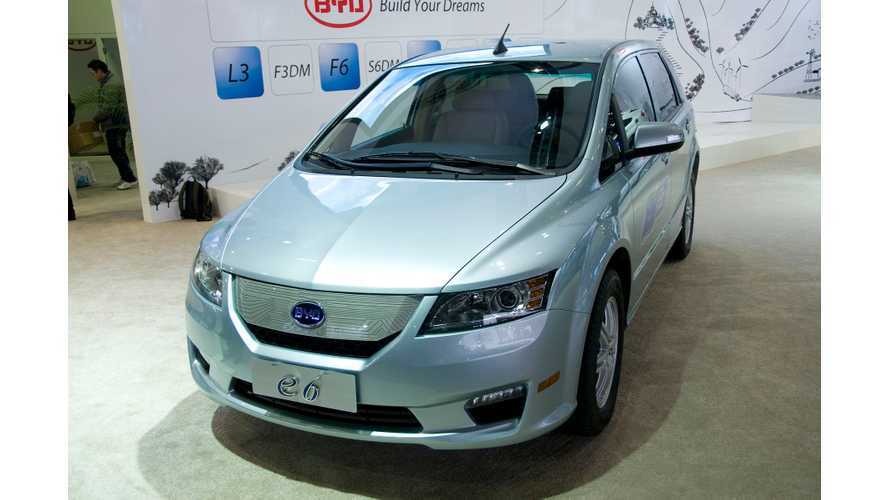 According to Reuters, Uber signed a deal with BYD to test the electric e6 as taxis in the US.

"The electric car is part of Uber's program to help drivers buy or lease new or used cars."

As it turns out, 25 BYD cars are being tested in Chicago through Green Wheels USA and they hope for a couple hundred e6s to be part of the program by the end of the year. e6, with more than 60 kWh of battery capacity, can go over 180 miles on a single charge.

"The test program, which kicked off a few weeks ago in Chicago and could eventually expand to other cities, is the Silicon Valley startup's first attempt to focus on an electric vehicle, said Uber spokeswoman Lauren Altmin."We've seen interest in the program already from current and potential Chicago partners (drivers)," Altmin said.

Uber, which allows users to summon rides on their smartphones, originally started with a luxury town-car service but in many cities has added UberX, a low frills service with nonprofessional drivers using personal cars. The BYD offering is aimed at those drivers."

Green Wheels prepared a traditional lease or a lease-to-own program, although the most popular is weekly rental:

"The most popular program, Snower said, allows an Uber driver to pay $200 a week to use an e6 for his or her driving shift. The vehicle is then returned to a Green Wheels lot, where it is charged until it is used again."