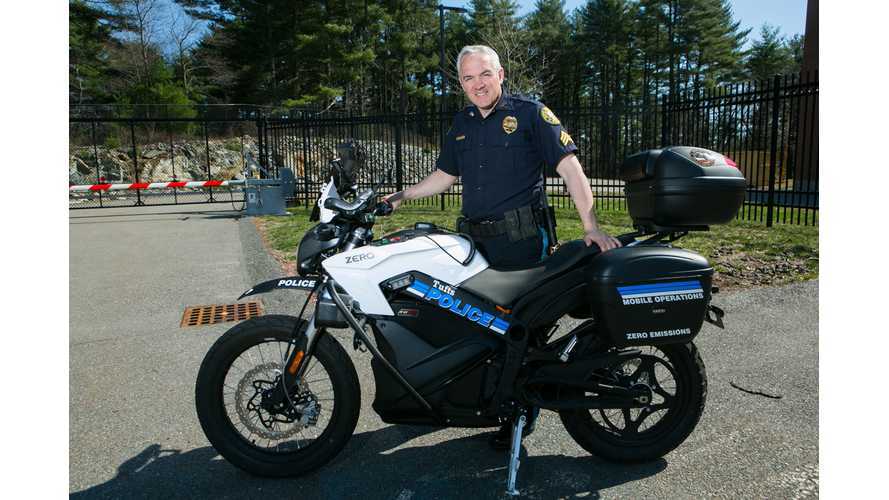 Responding to Tufts University's sustainability goals, established in 2012 by Tufts President Anthony Monaco, the Grafton campus will now have a Police Special Zero motorcycle in the paddock.  Grafton is the site of the Tufts Cummings School of Veterinary Medicine, the first veterinary school in New England, founded in 1978.

The primary motivation for the purchase is the economy of riding electric, according to Sgt.Glenn McCune, of Tufts University Police:

“Each mile ridden on an electric motorcycle is considerably less expensive due to the elimination of routine engine maintenance and gas expenses,” he said. “When compared to standard gas-operated vehicles, we’ll start making back our investment on day one.”

As well as being the a groundbreaker in the New England veterinary scene, Tufts set the bar for collegiate sustainability practices:

Also, apparently with two officers and only one cruiser on the Grafton campus, the Zero is a good fit:

With the veterinary school’s unique layout of open fields and an expanse of wooded areas, another vehicle allows the officers to patrol more of the campus in less time, and better leverage its assigned staff.