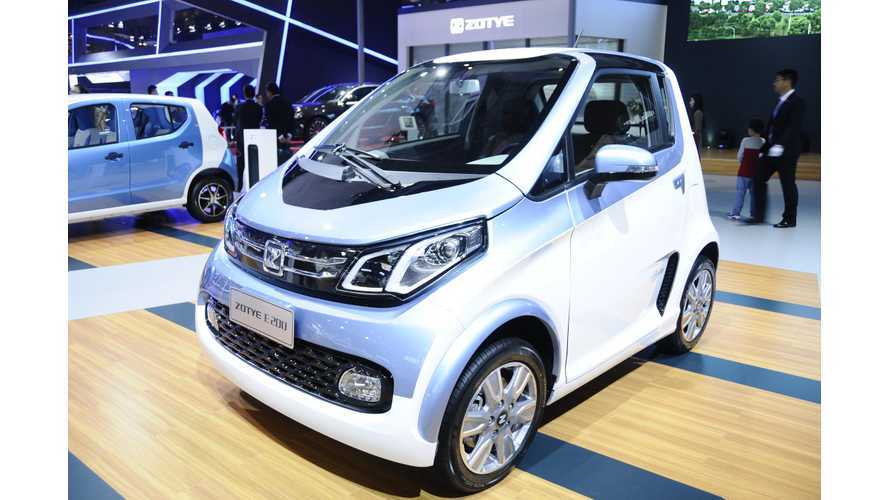 Chinese company Zotye unveiled at the 2015 Shanghai Auto Show two all-electric cars, both of which remind us of the smart fortwo.

Sales in China are planned for the second half of this year. According to some sources, price could be 70,000 yuan including subsidies, which would be $11,200.

Before the end of 2014, Zotye announced that it delivered more than 4,000 small electric cars in China.