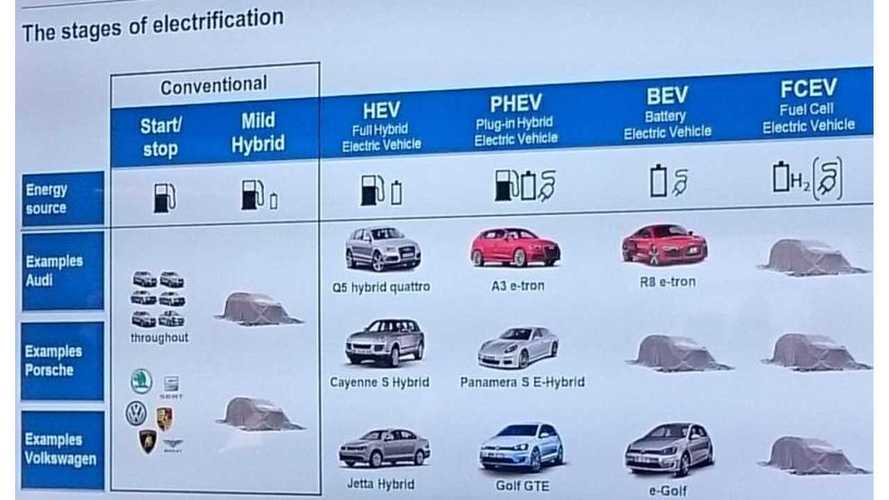 This confirms that a battery-electric Porsche is coming.

The slide shows vehicles we're all familiar with, but the Porsche covered in cloth under the BEV category is an unknown.

There are two routes (though we should note that both could be describing the same car), both largely based on unconfirmed rumors, that Porsche could pursue with its first-ever BEV.  Both are discussed in detail at the links below: