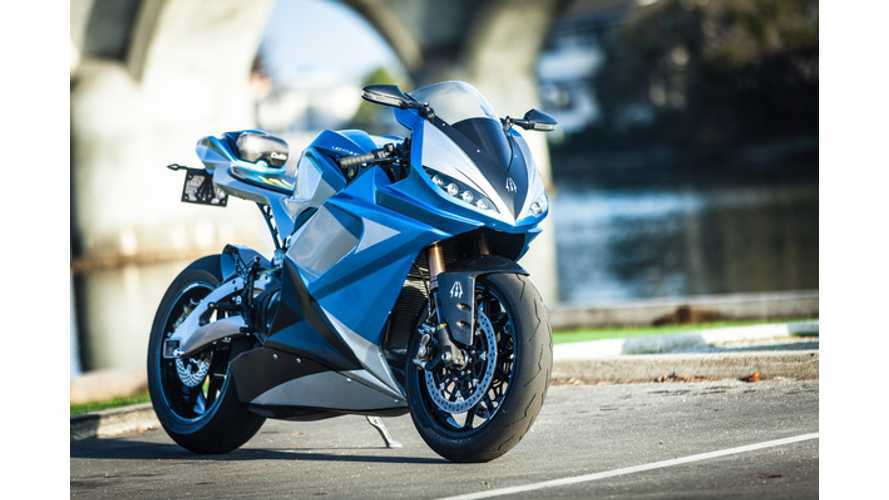 It's turning to Spring, and young riders' minds (and PR guys) turn to thoughts of motorcycles and dry roads.  Thus, the press releases are rolling in.  This latest is from Lightning, linking us to a very lengthy, detailed story on Gizmag where the writer gets to take the Lightning for a couple of spins, almost tips it over a couple of times, and talks at length with Richard Hatfield, the chief-cook-and-bottle-washer behind the bike.  And uses the word "bugbear".

"Last May, when Gizmag first featured the "truly, horrifyingly fast" Lightning LS-218, I ended by saying: "If I could take any bike in the world out for a test today, this would be the top of the list." Well, after a 17-hour flight halfway around the globe, I have now ridden the Lightning. I have also nearly fallen off it, twice, like a complete idiot.

With three times the horsepower and some 70 percent more torque than the Zero SR, which is in itself an extraordinary motorcycle, the LS-218 is the king of a new breed of electric motorcycles – one designed to take on the world's best petrol bikes and beat them on performance, not just emissions figures. Riding it was one of the most extreme experiences of my young life."

Our BS filter ever at the ready, we still can't help picking up on the claim that this is a "production" motorcycle.  Granted, it's fast as stink, powerful as all get-out, but "fastest production motorcycle"?  Is a production run of 1 a production run?  Our natural penchant for skepticism aside, given a shot at taking this for a test ride without nearly tipping it over isn't something we'd pass up.  Did you catch that, Lightning boys?

In other news, the bike is joining the ranks of "many other renowned gasoline superbikes" in the new release of Ride, by Milestone s.r.l.

Lightning LS-218 will be featured in Milestone S.r.l.’s upcoming videogame, RIDE. Milestone released a video showing a peek of what users can expect from the virtual LS-218. As the only electric superbike featured in the game, the LS-218 joins many other renowned gasoline superbikes that players will be able to ride in the exhilarating, anticipated gameplay.

Presented as “A new, extreme, electrically-powered bike… already boasts an impressive reputation on the track,” the video displays specs and amazing visuals of the superbike. Currently in development at the Milestone studios in Italy, the game will be available on March 20th.

So yeah.  Until Hatfield calls, we can practice on the LS-218 from the comfort of our Mom's basement.  Here's the teaser: