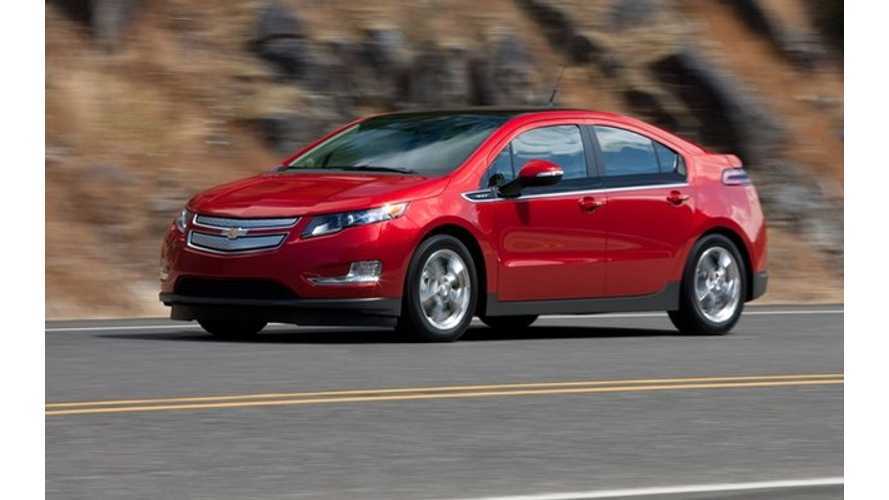 General Motors has just made it known that it's in the process of issuing the first official recall (affecting more than just a handful of vehicles) for the Chevrolet Volt.

The recall status is "incomplete:remedy not yet available," meaning that General Motors is still working on a fix, but a formal recall issuance is forthcoming.  This recall affects all 2011-2013 Chevy Volts, about 64,000 units.

UPDATE: GM says they are aware of 2 specific injuries related to the issue, both from carbon monoxide exposure.

Here are some details on the recall via Volt owner Javier Giraldez:

General Motors has decided that a defect which relates to motor vehicle safety exists in all 2011-2013 Volt vehicles. If a driver exits his/her vehicle and inadvertently leaves the vehicle “on” (because the driver fails to react to the cues and warning chimes emitted by the vehicle to alert the driver that the vehicle has not been turned off), after a period of time, the vehicle’s battery will drain and the vehicle’s gas engine will begin to run.

If the gas engine runs for long periods of time within an enclosed space, such as a garage, carbon monoxide could build up in the enclosed space and potentially cause injury.

The vehicle’s software will be updated to limit the time that an idle vehicle can be left in the ON position free of charge.

There have been formal complaints filed with the NHTSA regarding this exact issue.  Here's one such complaint: