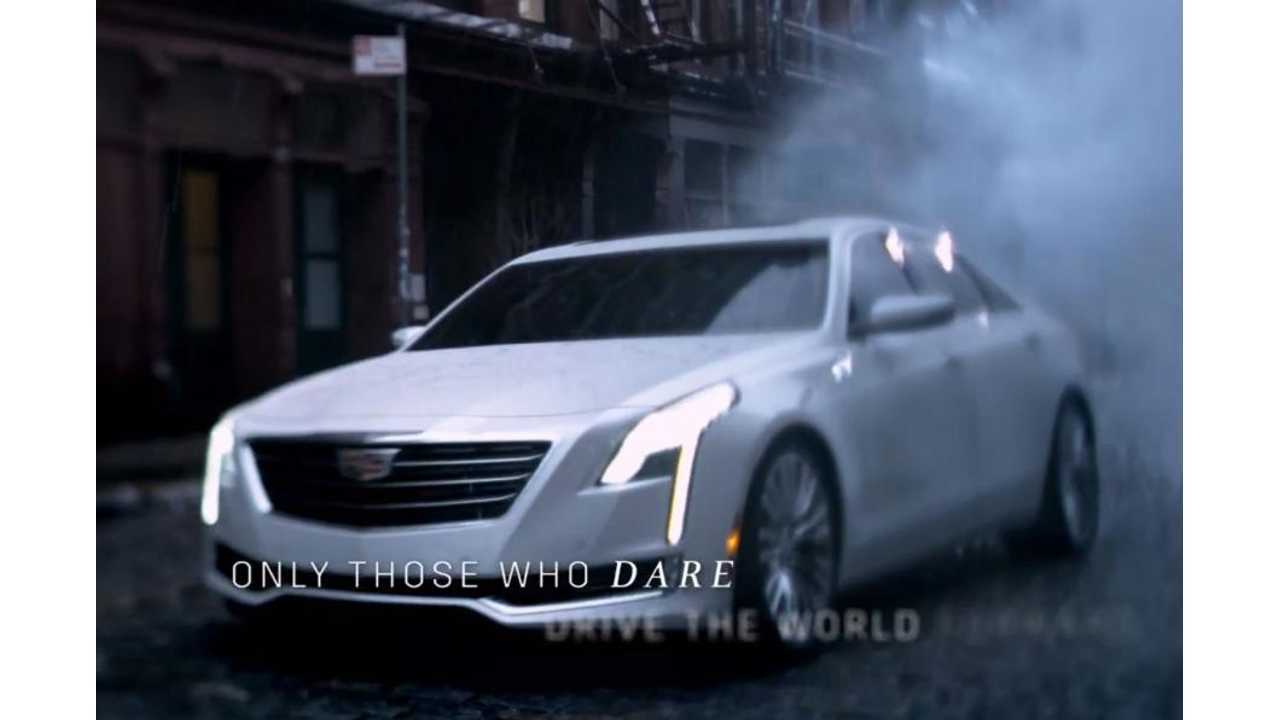 With the 2015 New York Auto Show opening in just a few days, Autocar reveals that Cadillac will put on display its all-new CT6.

The CT6 is considered to be Cadillac's "technological masterpiece" and will become the flagship of the brand.

We don't expect to see the plug-in version of this car in New York, however if it doesn't show in America this week, the rumour du jour is that it will still make its debut at a major auto show in China shortly.  Currently, China is responsible for all the growth of the Cadillac brand, improving 47% last year to 73,500 units; for America 170,750 Cadillacs were moved last year - off 6.5%.

Although we have to note Cadillac's spotty history in following through on revealing their plug-ins in a timely fashion; the 2016 Cadillac ELR skipped its planned debut in November of 2014, then again last month in Geneva.

"In an interview with Jalopnik, de Nysschen confirmed that the CT6 would be sold with a 420bhp V6 engine, a plug-in hybrid variant and a twin-turbo V8. Although no power output has been revealed, the V8 would most likely take centre stage in Cadillac’s V-badged range of performance models, which are designed to rival equivalent cars from Mercedes-AMG, BMW M division and Audi's Quattro GmbH."

In regards to the CT6 plug-in version itself (more details), we know that GM plans on introducing it at some point in 2015, and that it will be equipped with a turbo 6 cylinder engine.  GM's Mark Ruess, Executive VP of Global Product Development, has said that the CT6 plug-in will get about 70 MPGe - which leads us to believe it will have an all-electric range of about 20-25 miles.

We expect more news to come when the reveal occurs in New York.