Longer Range 2016 Nissan LEAF Coming This Fall? We Think So, Here Is Why 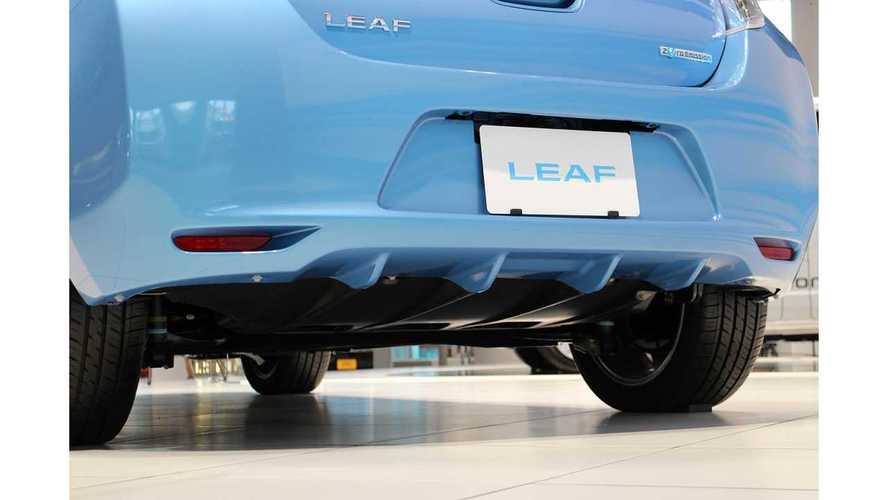 We have heard a lot about other automakers' bold new visions for future, longer range electric cars recently.  The Tesla Model 3, GM's Chevrolet Bolt, any number of German press releases - but little from the company who has almost produced 200,000 LEAFs.

In fact, Nissan has been eerily quiet all year while other OEMs have touted future products.  Which has lead many to question the company. "Has Nissan dropped the ball and fallen behind the other EV makers?"

We think this is highly unlikely.  In fact, we think all the data is pointing to Nissan surprising the market and announcing a longer range option for the LEAF this fall in the United States.

Here are our top three reasons to believe Nissan has something up its sleeve for the 2016 model year, which first arrives fall.

After back-to-back years of approximately 8 months worth of production for the 2013 and 2014 Nissan LEAF, the current 2015 model year car is uncharacteristically planned to run almost 18 months (April 2014 - September 2015) before the 2016 edition starts to land at dealers in October/November..

So, why the unnecessarily long wait?

Also, one has to note that the next generation, longer range LEAF is tentatively scheduled to arrive in Q2 2017 according to the company, which is just after Nissan's current "Power 88" 5 year plan ends in Q1 of 2017.

This means there will likely be no 2017 model year LEAF, but a new 2018 model debuting in later 2016/early 2017 with deliveries sometime around March/April 2017.  Therefore, an unchanged 2016 version would have to soldier on a torturous 18 months - all while facing the introduction of the 200 mile Chevrolet Bolt and into the reported introduction year of the Tesla Model 3, not to mention the other 22 plug-in models that have been announced to arrive before 2017 ends.

When close to a next generational launch (within 6-12 months or so), car executives clam-up until the last possible moment, so as not to bastardize current gen sales.

Need proof of this in the real world?  GM hardly said anything about the next generation 2016 Chevrolet Volt (details) until it hit the stand at the biggest auto show venue in the world this past January in Detroit at the NAIAS - just four months before production ended on gen 1.

Yet the 200 mile 2017 Chevrolet Bolt EV (details) which stands to really damage nothing in GM's present stable, also debuted at the exact same show, almost 2 years ahead of its arrival.

However, when a product is still several years out, auto executives can't help but divulge "future-tense" details.

Enter Ex-Nissan VP of Product Planning  Andy Palmer almost two years at the Frankfurt Auto Show (who recently left the company last September to take over the top job at Aston Martin) who casually said at the time:

“For sure within the current model cycle,” when commenting on a real world, 'reliable' 200 km (124 mile) range, “the LEAF was introduced in 2010 and is expected to have a six-year life...We can do 200 kilometers now (2013). But it’s a cost balance. You can go to bigger batteries, that is relatively easy, but the more interesting stuff is the changing of the chemistry to get more kW hours out of the same packaging space."

The 2016 model year LEAF will be the last full year of production, and it only makes sense to offer longer range batteries in the same package before switching to full production of the next generation car.

The most common place that new knowledge slips out of an automaker is from the lips of the boss - most notably after a long day at an auto or trade show.

This year (March 2015) from the Mobile World Congress in Barcelona, Carlos Ghosn said the following on range autonomy on the LEAF, answering a question about delivering more battery life than will enable people to travel and transport longer.

"First you are going to see evolution of the autonomy.  Today the autonomy is between 100 to 115 miles (NEDC rating of various model year LEAFs range from 109 to 120 miles currently in Europe).  You are going to more than double this...we are going to, and others also, because we know, we follow all the technology developed by some of the suppliers."

The CEO adds that also "like any new technology the costs are going down, because there is much more efficiency, much more supply base moving in.  So I'm much more optimistic that we are going to get to something much more competitive in the next year to come."

Putting all the data points together, we think that a longer range option for the current generation, 2016 Nissan LEAF, first arriving this October/November is a very strong possibility.

Add in the fact the CEO also recently said at the New York Auto Show last month that Nissan has high upcoming sales expectations for the LEAF (despite selling just over 30,000 copies in 2014)

"...selling 50,000 EVs in North America should not be, in my opinion, a task which is beyond our capacity"

With an already slow start to this year's LEAF sales, and the additional sales pressure that will be applied by the 2016 Chevrolet Volt PHEV (and its 50 miles of all-electric range) in September, we see no way this 50k level could possibly be achieved until at least 2018, that is, at least without a range increase (or significant price cut) on the 2016 model.

Given the density of the next generation cells that Nissan (and LG Chem) are expected to produce, the current 24 kWh pack could be expanded to as much as 36-38 kWh without any significant modifications needed.  That would mean a theoretical limit of about 120-130 miles...or just about bang on to what Nissan promised was coming years ago.

Author's note:  we feel that something along the lines of 30-32 kWh and 110 miles of new/total range seems like a more reasonable assumption given the low (non-existent) expectation of greater range from the market, and also to maximize the bump for the next generation car in 2017.

So, is Nissan hiding in the weeds right now?   Are they waiting as long as they can, in order to sell as many 2015 LEAFs with 84 miles of range, before surprising the market?  Or has the industry leader with 4 LEAF-platform production facilities around the world, and more than $5 billion invested in the car, actually been caught flat-footed and is being passed by the other players?