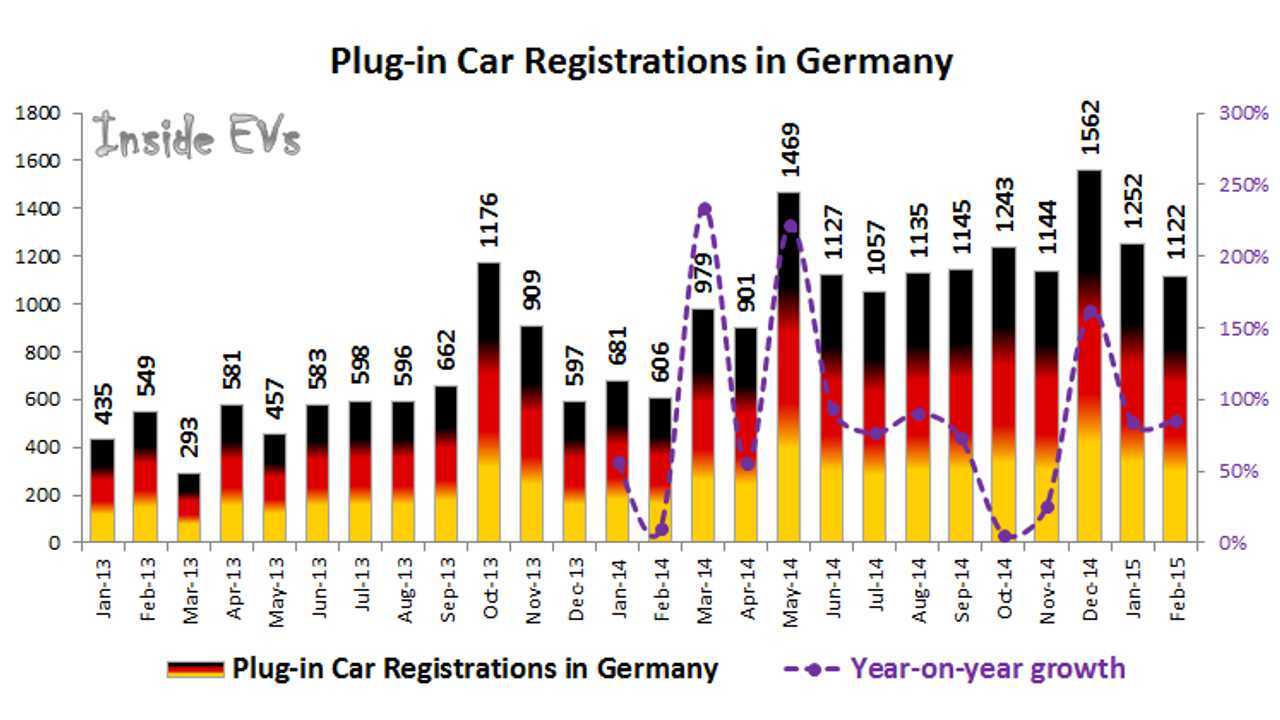 The German plug-in market seems to follow the UK, as the majority of sales are now plug-in hybrids - 436 BEVs and 686 PHEVs.

Volkswagen sold the most all-electric cars, as 115 registrations of e-up! and e-Golf were noted. BMW was second with 98 BMW i3s and smart third with 95 fortwo electric drives. i3, and smart ed were the best selling BEVs.

Tesla Model S had just 26 registrations, which was still above the 22 Nissan LEAFs and 21 Renault ZOEs.

The plug-in hybrid part of sales is more difficult to discern. The clear leader was the Mitsubishi Outlander PHEV at 168. Audi delivered 137 PHEVs, Volkswagen 105, BMW i3 REx 83, 37 i8s and a few other registrations probably of upcoming models got 133 in total.