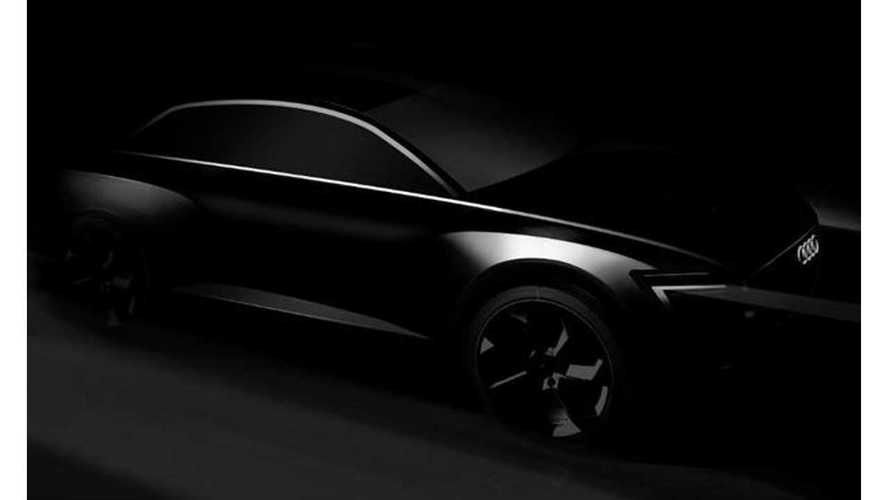 According to Audi research and development chief Ulrich Hackenberg, the arrival of the German automaker's pure electric SUV with 310 miles of range is set for early 2018.

Of course,a long-range electric SUV will directly compete with the Tesla Model X, but the Model X will have the jump on Audi's electric SUV since it's expected to come to market in the second half of 2015 (~September).

Audi released the sketch above of the electric SUV at its annual press conference in Germany.  Aside from the sketch and the claimed 310-mile range, there's not much else we know at this time about the electric Audi SUV other than it will supposedly be based on the next-generation Q5.

Perhaps unsurprisingly, the battery cells for this upcoming long range Audi will be supplied by LG Chem, who earlier this month was out promoting the ability to sell "300 mile" batteries ranging from 80 kWh to 120 kWh.

"The EV will be Audi's first foray into the mainstream market with an EV. The niche R8 e-tron supercar is the automaker's only EV on sale currently. For the second-generation R8 e-tron, which debuted at the Geneva auto show, Audi doubled its range to 450km because of its new battery cells."

"Audi says it new battery-powered SUV will have a longer range than the Tesla Model X crossover, which will go on sale shortly. The Model X has a range of up to 267 miles."