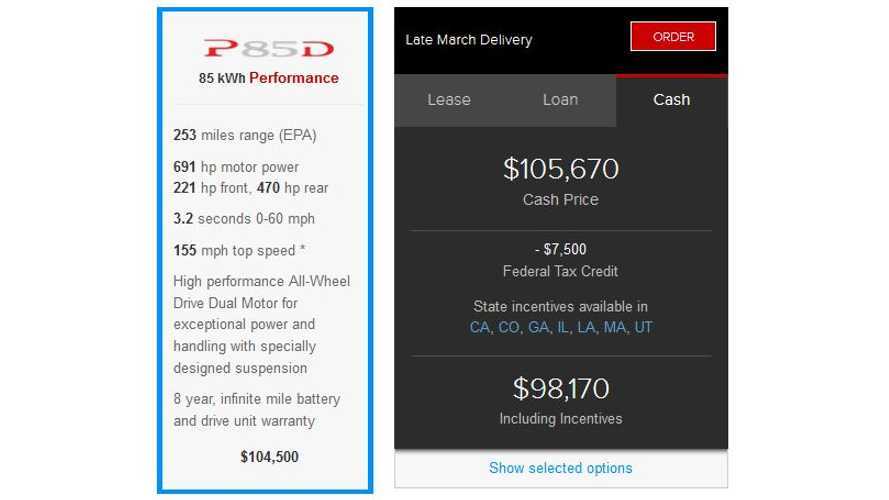 Tesla has decided that its wealthiest Model S buyers should be given priority delivery.

No, those are not the words of the automaker, but it's apparent from delivery statuses that Tesla believes P85D buyers should get their cars in a more timely fashion than those who place an order for the less costly 60 kWh or 85D versions of the Model S.

The average wait time for the top-rung P85D is down to just a couple of weeks now (order today, receive by end of March), whereas orders placed for a 60 kWh or 85D have delivery estimates of May 2015.

Both 60 kWh And 85D Shows May Delivery If Ordered Today

Regardless of the actual reason, the end results is the same: those with the means to buy the P85D will wait far less time to take delivery than those amongst us who can only afford the cheaper 60 kWh or 85D.