Tesla Looking To Save Bucks, Cut Landscaping on Dedham Supercharger/Store 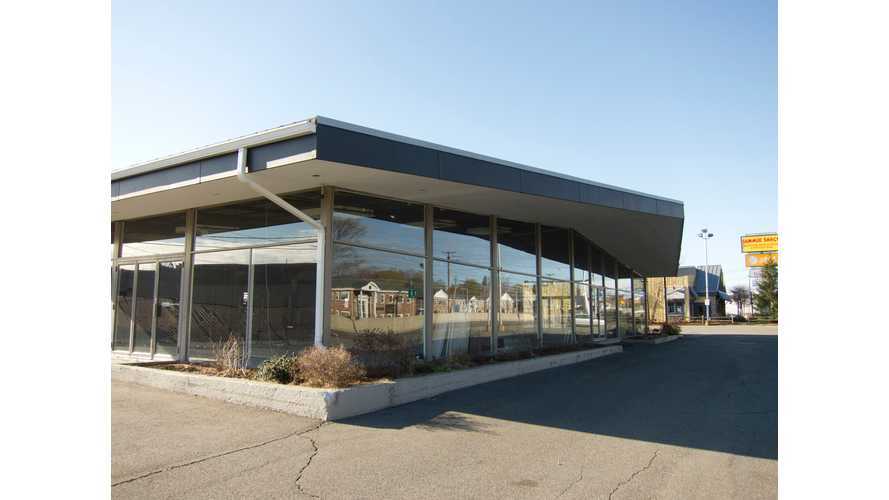 Well, we just got our latest issue of the Dedham Times with the report from the Planning Board's latest meeting with Tesla (along with how they talked about a 4-story mixed-use commercial building on the site of the Kikuyama Japanese Steak House.  I know, right? Where are we going to get our sushi?).

It seems they're describing the proposed facility as having only a small number of cars on the lot, so they don't need a lot of parking.  The article states they're planning on "only the showroom, repair facility in the rear, and parking for employee's cars".  No mention of the charging stations' locations or space required was reported by the Times at this meeting.

The Tesla representative also said the location was very important to Tesla, with some interesting numbers.

"They have sold 340 cars in this area already, and have reservations for 782 more.  This is a growing area for the young company.  She said they expected to sell cars in the $40,000 in the future as the business grew and they developed other models."

"This area" presumably means the Boston "MetroWest" area, generally limited to within the Route 95/128 belt, but in this case, probably extending out to the Rt 495 belt as well.

Kidding aside, we don't have any report on the landscaping the town asked for, but at present, the area is completely devoid of anything remotely resembling land, nevermind scaping.  It seems like a strange stance to take for an environmentally-aligned company like Tesla.  Here's the site, shown from the street:

Here's some of the existing landscaping motif:

...and here's what the neighbors adorned their sites with:

Apparently, the Tesla reps will return to the Planning Board at some point in the future, after they've mulled over the request.  As far as the site goes, the snow is gone, and since we were there, we figured we'd peek in the windows.  It looks like demolition has begun.

The wall between the showroom and the service bays

Looking out the front window. At no green grass or trees or flowers or anything land-scapey.

Word on the street is that they're keeping the existing (fairly awesome, mid-century modern if you're into that kind of stuff) building, not adding on, and partitioning off the front showroom for a two-bay vehicle "delivery" area.

The one thing that will be different from a typical service area will be a "Contactor Repair" area, presumably somehow shielded or beefed up for work on the high-voltage components.  There are 8 bays, 7 of which have the standard side-vehicle lifts, and one with a full ramp-lift.  It looks like the service area is around 8,500 square feet, give or take.