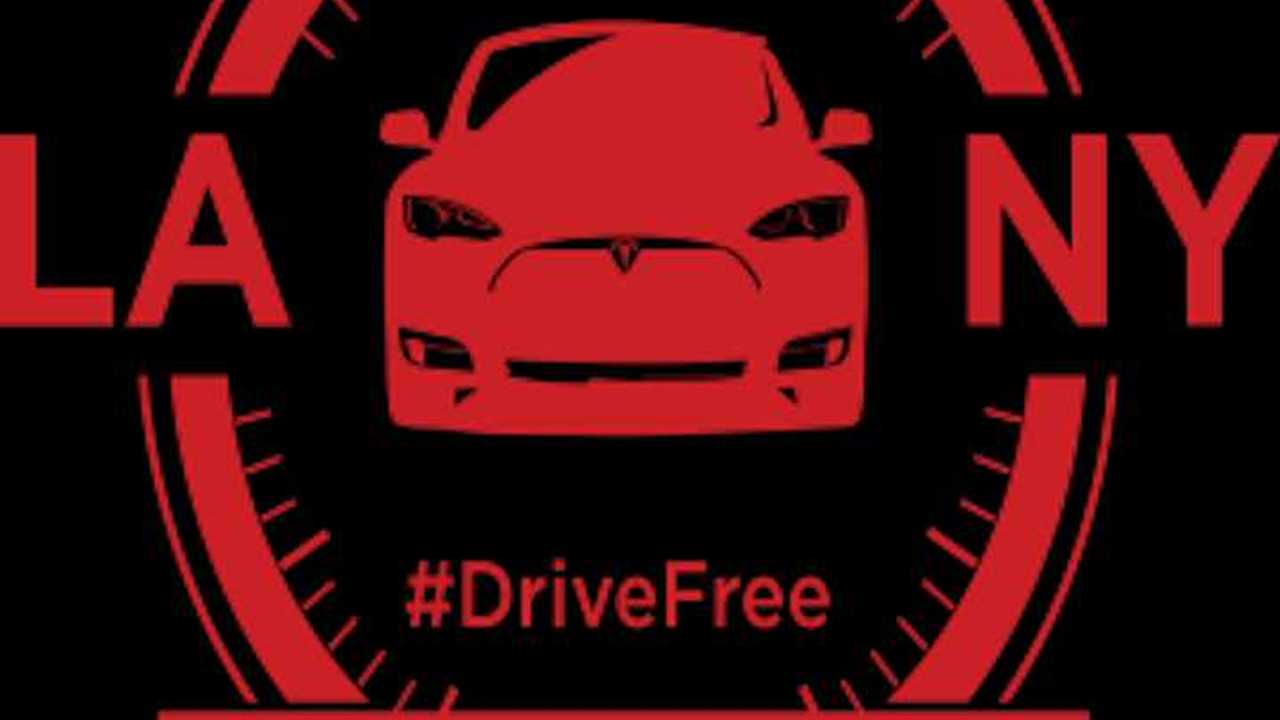 Carl Reese, His Fiancee And A Few Friends Complete Epic Drive In Record Time (via @EVrecordattempt)

Stopping In Ohio (via @EVrecordattempt)

Well there is no "official" times for quickest coast-to-coast trips in a Tesla Model S, it seems to be a grueling adventure more than a few people are up for trying since the first trip was completed by a father/daughter team in January of 2014.

This new team is a California couple  - Carl Reese and his fiancée Deena Mastracci, but also with the help of an additional friend, a new Tesla Model S P85D, a chase vehicle (Chevy Suburban,) and three more friends to be support drivers and root them on. Total miles traveled was 3,011, stopping for just 12 hours and 48 minutes of Supercharging along the way.

Over at Jalopnik they have done a really fantastic job going over all the sordid details of the butt-numbing journey, we suggest anyone interested check it out - here