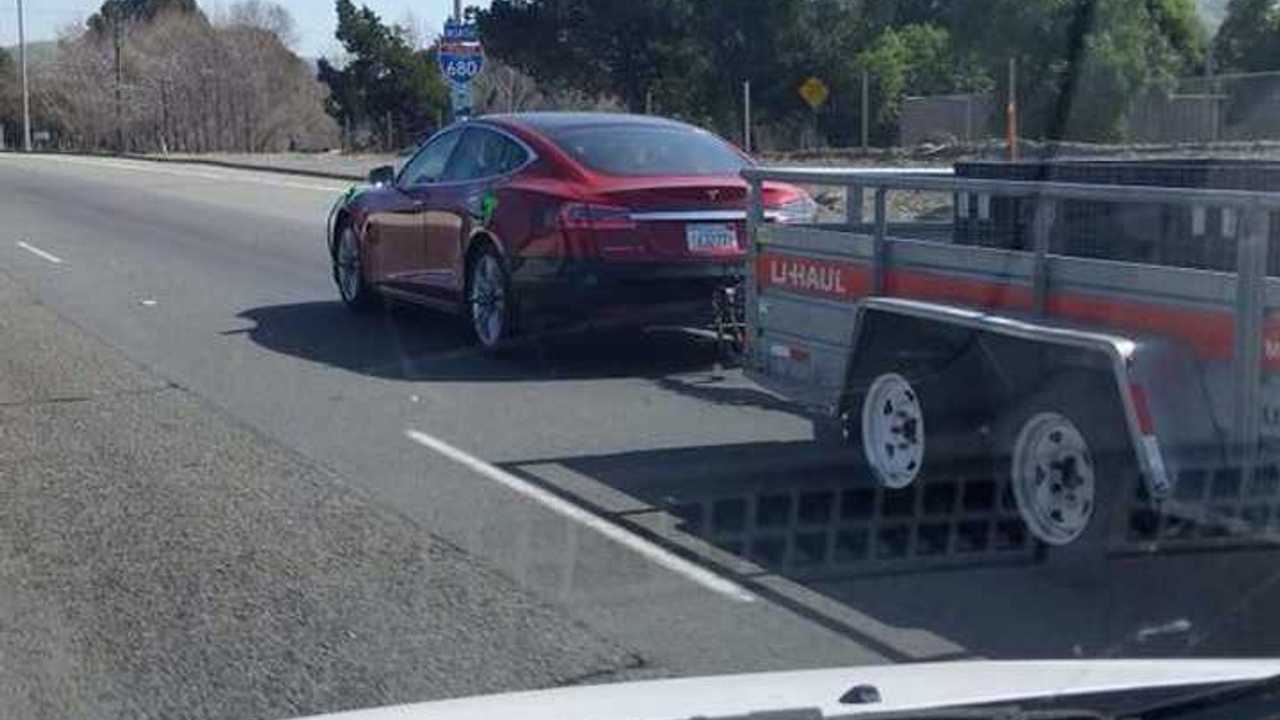 A Tesla Model S caught testing with a tow hitch and trailer? (via reddit)

It's an unlikely sight, but we figure this is some sort of Tesla Model X test mule, so it makes sense then to test the towing capabilities in the real world.

We don't expect to see the Model S get an official tow rating/capability ever, as that's one of the biggest reasons buyers will choose the X over the S.  Giving the S this ability would certainly hinder Model X sales.

Officially, Tesla promises that the Model X will be tow-rated, but the automaker has not yet announced a pound figure.  Our guess is 3,500 pounds, or inline with what small to midsize ICE crossover can typically pull.