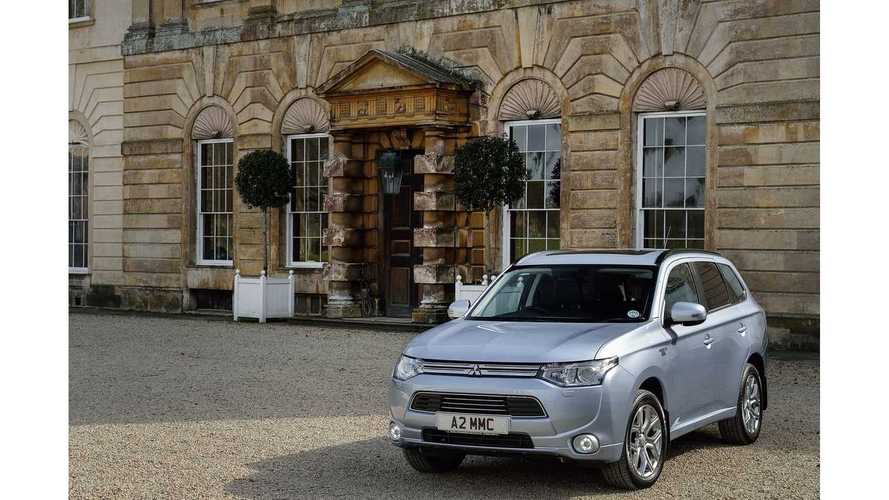 Mitsubishi announced that Outlander PHEV sales reached 10,000 in the UK in less than one year.

This makes the Japanese SUV the best selling plug-in electric vehicle in the UK - above all other plug-in hybrids and all-electric models, including the Nissan LEAF, which has been available in the UK since 2011.

"Less than one year from launch the Mitsubishi Outlander PHEV has now overtaken every other plug-in hybrid and pure electric car, even passing vehicles that have been on sale since 2011, such as the Nissan Leaf, to become the UK’s favourite plug-in vehicle."

"By the end of March, sales of the Mitsubishi Outlander PHEV will have passed the 10,000 mark."

Mitsubishi Outlander PHEV was also the best selling plug-in electric car in Europe in 2014 (almost 20,000 compared to the second best Nissan LEAF with 15,000). Although we understand the difference between the two models, which are not the direct competitors - the numbers stand just for the sake of comparison.

“This is certainly a satisfying achievement for us but more significantly it is an indication that this newly developing market is beginning to decide which electric vehicle technology delivers the right balance of low emission driving, value for money, economy and practicality.”

Here is more on general growth of Mitsubishi sales in UK, as well as videos presenting why the Outlander PHEV finds so many takers:

"Mitsubishi’s Outlander Plug-in electric vehicle (PHEV) has transformed the plug-in market. The Outlander PHEV has an all-electric range of up to 32.5 miles and phenomenal economy and environmental credentials. It emits just 44g/km of CO2 and the official combined fuel consumption figure is 148mpg. And, critically, it is available at the same price to the customer as the equivalent specification Outlander diesel.

The company is seeing a strong and sustained period of growth. Mitsubishi Motors’ UK passenger car sales for February 2015 are 178 per cent up on the same month last year against a market that is up 12 per cent, according to latest figures released by the SMMT."

"February retail sales for Outlander diesel and Shogun are equally impressive, up 67 per cent and 77 per cent respectively compared with 2014."