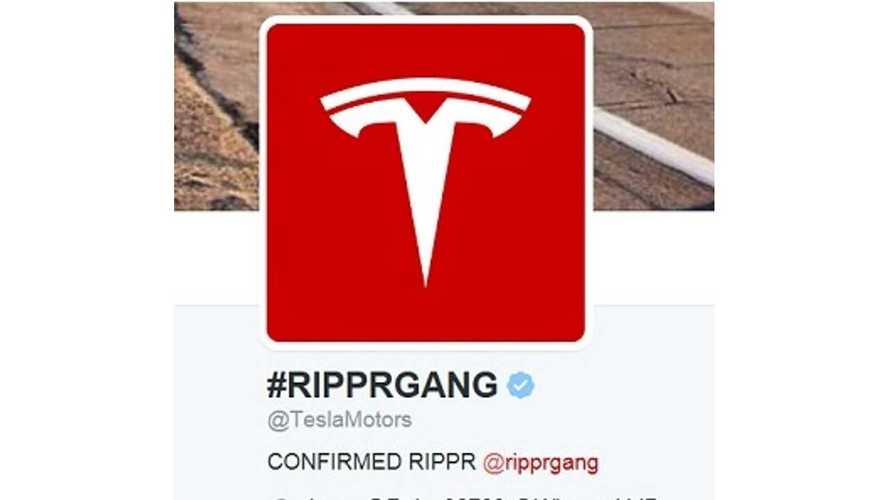 Late Saturday afternoon, the company's Twitter account was hacked/compromised.  The first clue being that we find it unlikely they were giving away free Tesla Model S sedans.

But by 5:38 pm (Eastern) Tesla had reclaimed control (sorry if you missed out on the free cars), only to find that the CEO's Twitter account went down for the count!

Now apparently on their toes in the PR department (or at least at Twitter), order was quickly restored to Mr. Musk's personal account.

Unfortunately, the Tesla Motors website was not so lucky, and took a greater beating.  After not working properly a good bulk of the afternoon (which made for a tough launch of the company's CPO/used Model S services), and then having its pages redirected (likely through a DNS attack) to...well, wherever.

One thing is for sure, no one has been able to purchase a Tesla Model S online this evening.  And that isn't good news.

Update (10:24 pm Eastern): After about 3 hours in the tank, Tesla has just restored their website (or at least their DNS) and everything appears to be back to normal