There are many unexpected and unscripted moments on a trip like ours.  Some of us are trip planners and plan every detail and every hour, some of us are adventurers and pioneers enjoying the spontaneous that emerges when in the moment wherever that might take you.

I ride with the latter :)

Our trip today was supposed to be anticlimactic, a mundane 5 hour jaunt to home from Las Vegas to Carlsbad.

What it turned out to be in reality was the perfect "frame" for the meaning of the trip.  I'll try to explain.

Julie and I stopped half way at Calico ghost-town.  This abandon ghost-town brought into sharp focus how disruptive change can be.  In Calico,  a rare and valuable commodity, silver, was no longer profitable to mine and the town folded up.

This ghost-town, along with the Kodak billboard earlier in the post, brings truth to the fact that our world is forever in a state of change advancing ever forward. Old technology and commodities that were once the pinnacle of the world can crumble in the face of disruptive change. 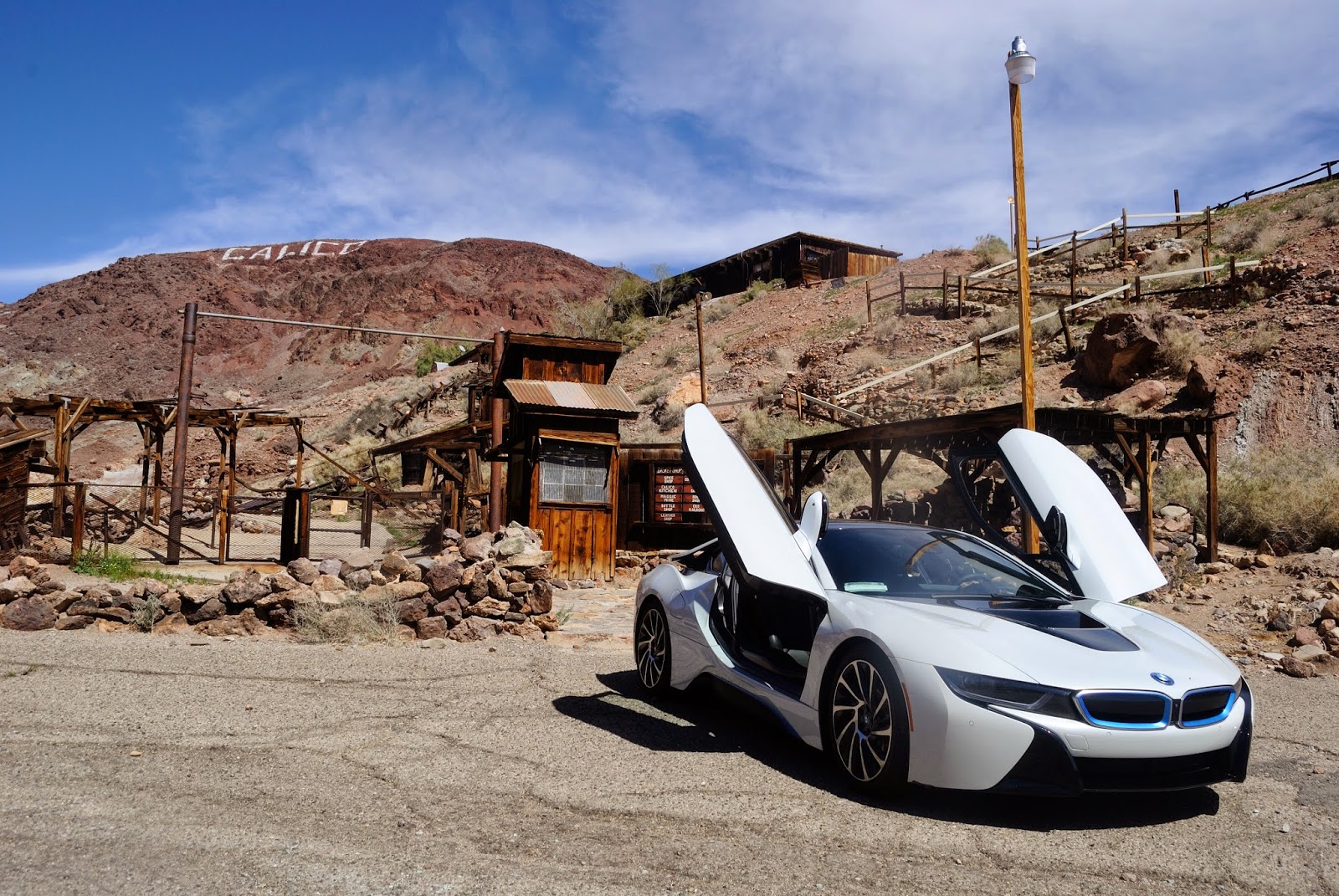 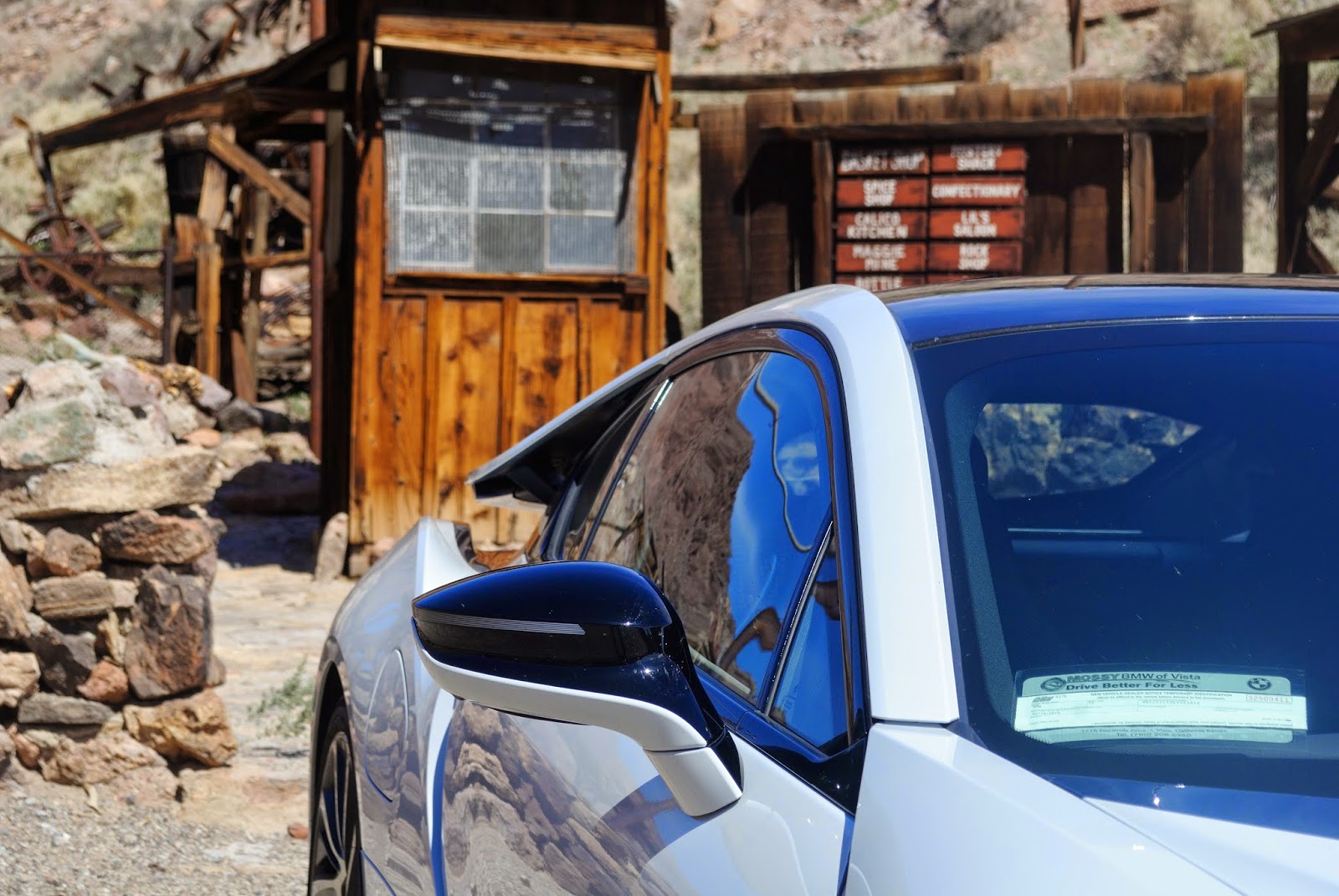 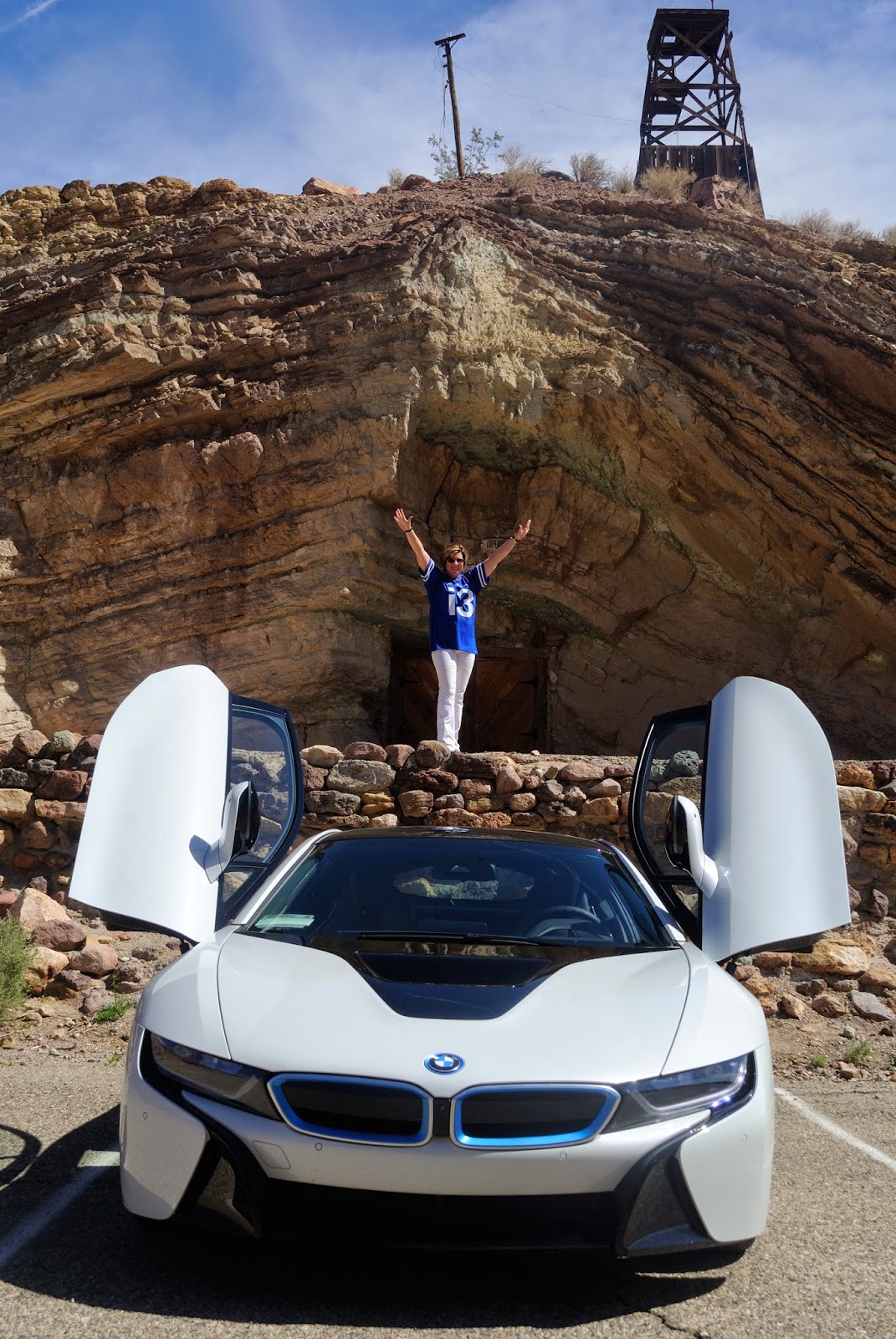 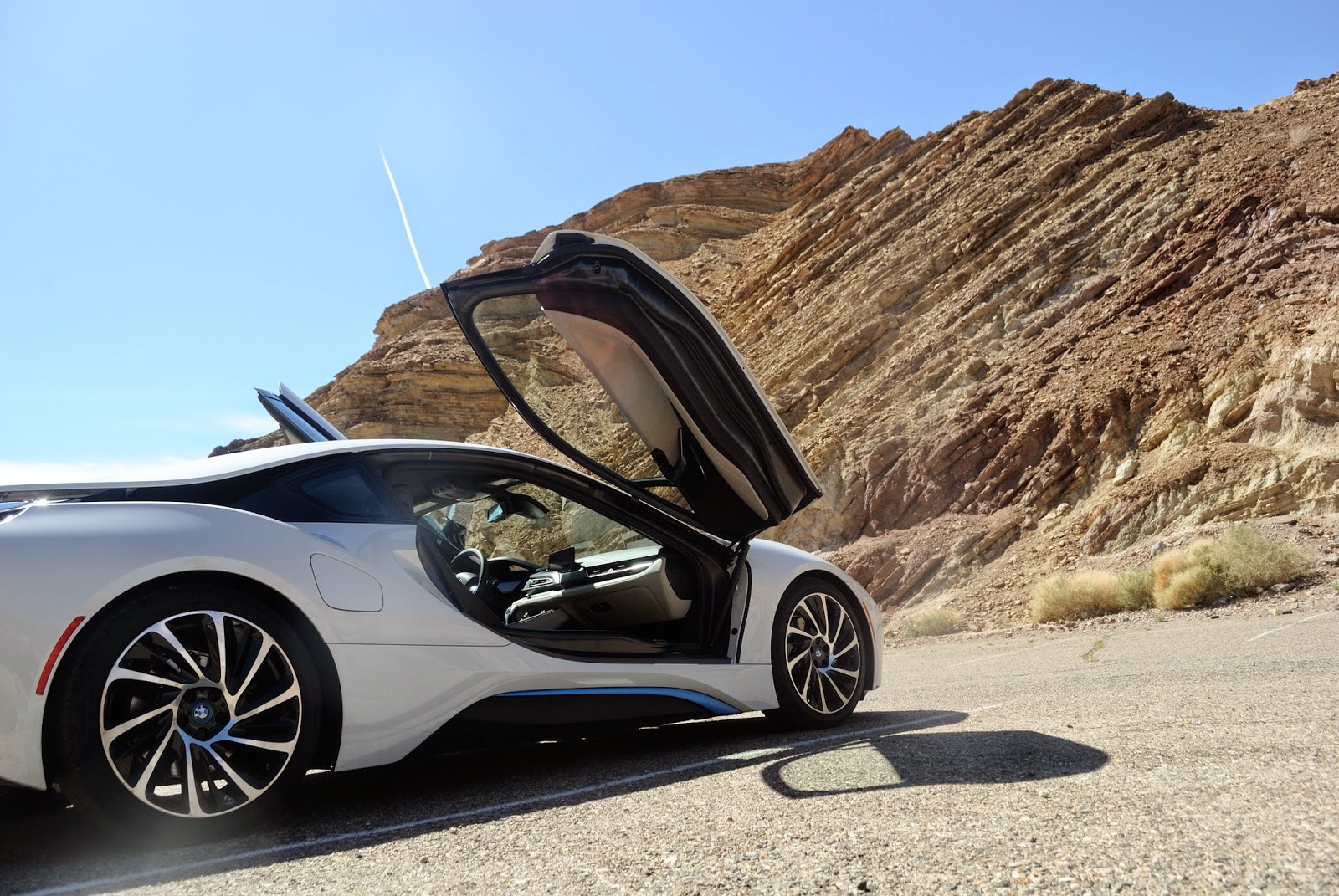 BMW and other automakers are increasingly understanding that the world of transportation is changing.

What was one day a valuable commodity,  silver or oil,  could on some future day, be a relic and unprofitable to produce or extract.

Electric mobility is here. It is already present in great degree in our cities and dense population centers.  In the near future,  it will also be prevalent in all parts of this country.

When that day comes and come it will,  new ghost-towns  will emerge and stalwart companies similar to kodak but in the automotive space, will cease to exist.

In this near future, it's not all bleak for future ghost-towns similar to Calico.

Adaptation and flexibility for cities is key. In today's Calico, they have turned their past into a valuable tourist attraction and their vision for their present, towards solar energy. 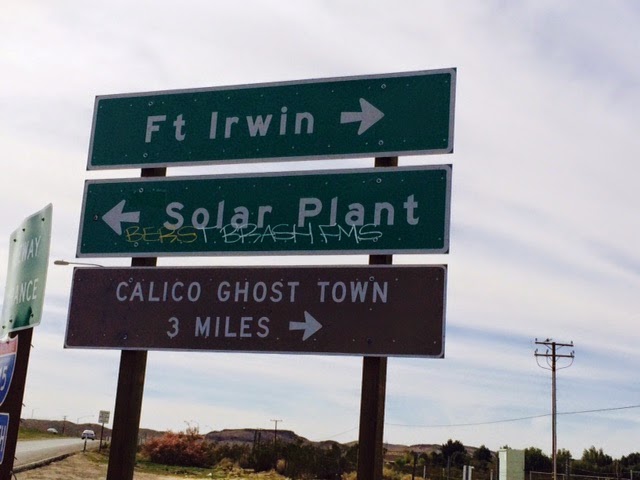 It's as if the ghost-town expended of its resource and dead, has reemerged with a new resource and a new energy from the sun. 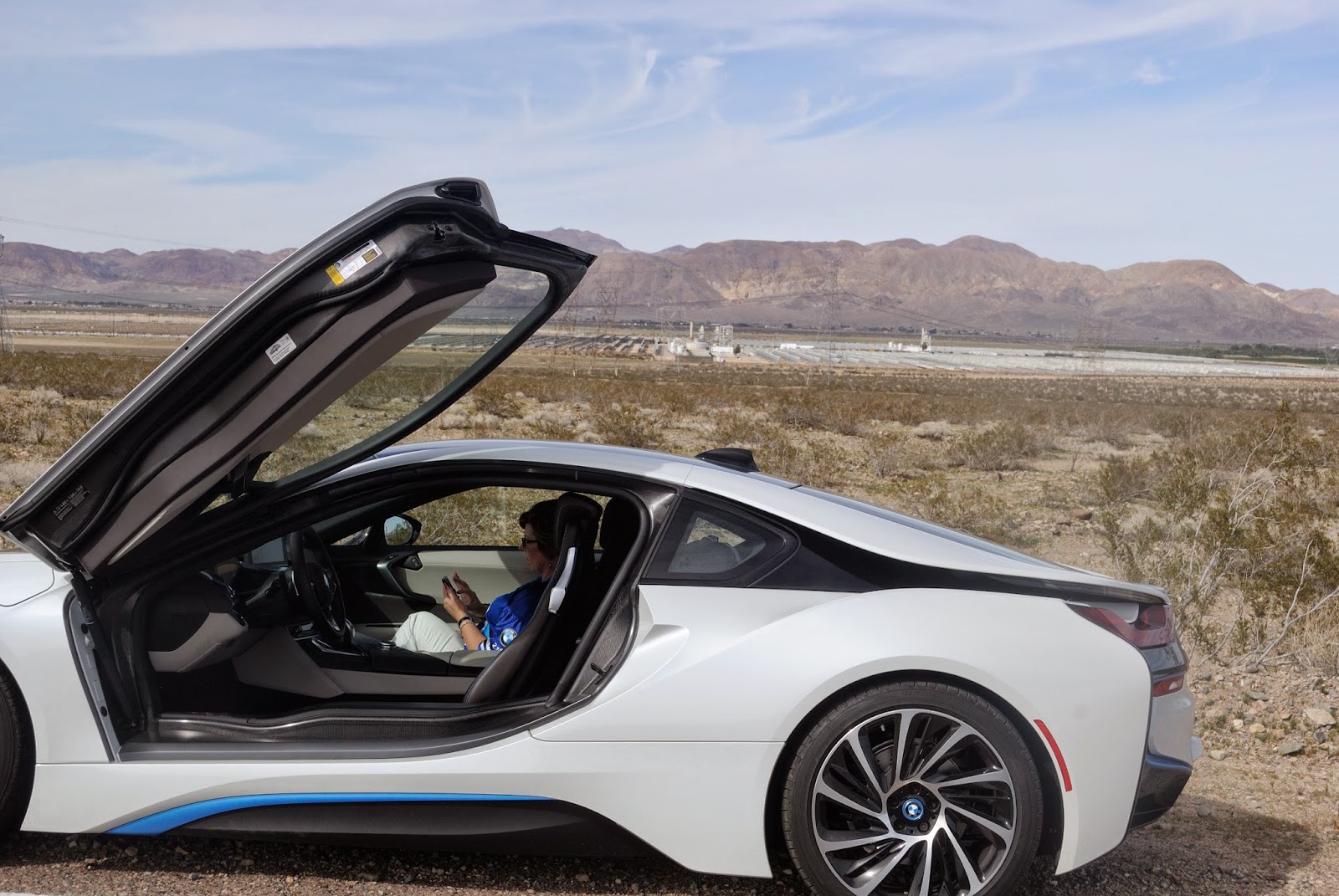 Calico proves, you can un-ghost a city.

What's the future for you and for the city you live in...

Ghost-town or adaptation towards the future?

Four States in four days,  California, New Mexico, Arizona and Nevada.  1900 miles on the open road in the BMW i8 discovering the Great American Southwest. Connecting with the places and people in this great corner of our country.

In large part, our trip was on what is a small potion of Historic Route 66 known as Interstate 40 today.

"Thanks to the great Interstate transportation system it is now possible to drive from one end of the country to the other, without seeing a thing."  Our goal was to get off the path of "Generica" and onto the path of "Authentic" and real communities, their history and people.

One day, and it's a bucket list dream, but I would love to be able to take a couple of months with Julie and drive the whole length to Chicago exploring all the treasures along the way.

America is a great country with great people, and it's Mother Road is Historic Route 66. 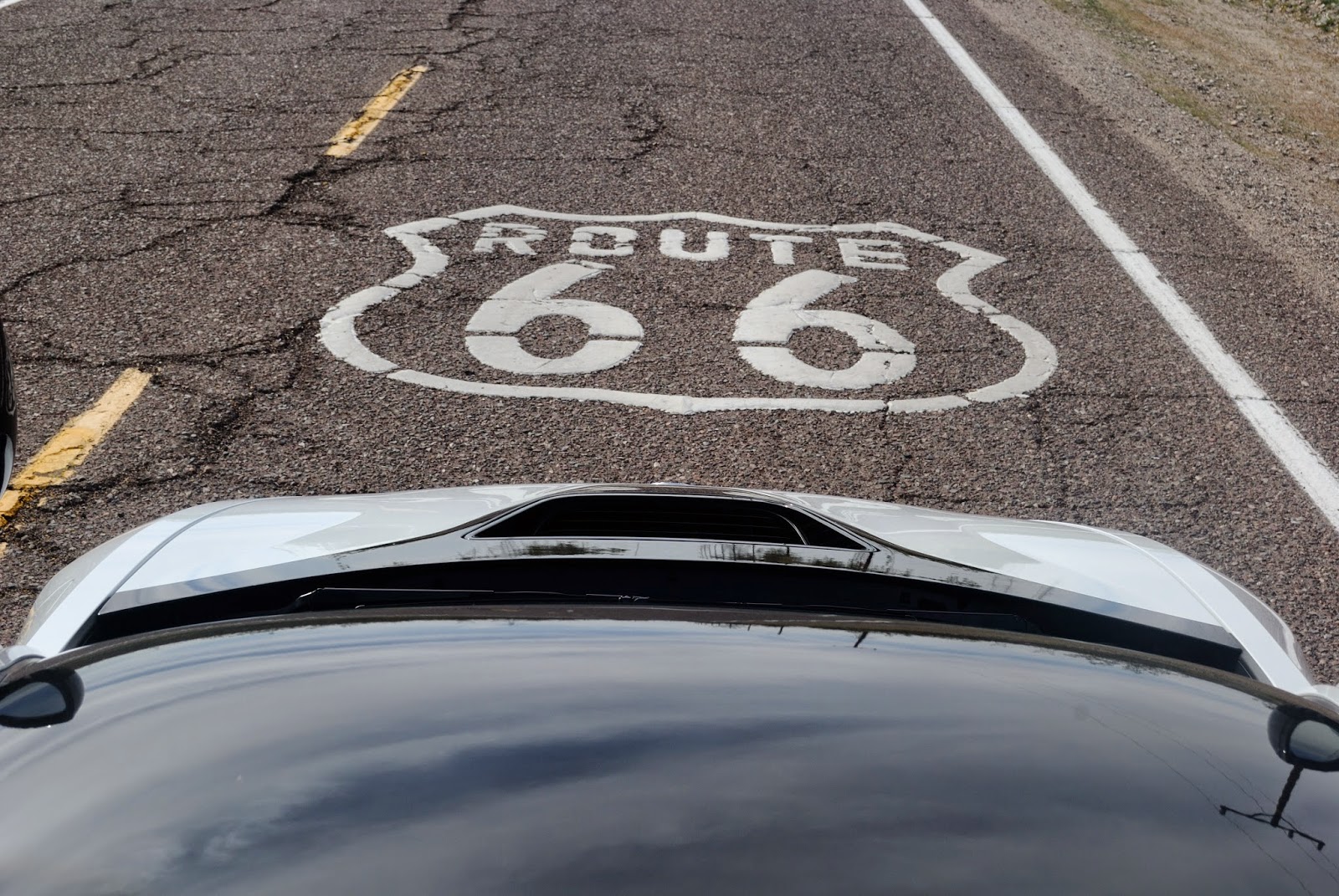 The BMW i8 was a dream to drive, a true Grand Touring sports car.  I could add several more paragraphs of platitudes for the i8, but suffice it to say, along with the previous comments of this post as prelude...We had a great trip in a truly great car. Bravo BMW

The future of the automobile is to be look forward to as we transition to electric mobility.

Thanks for reading and riding shotgun on this great adventure!